Emily Whiteley, the sole survivor of the Whitely household, has recently returned to London after many years spent in the country, ostensibly for her own safety. The reason for her return? To find those who murdered her parents and bring them to justice. And what does one need to do before striking out on such a journey? Why, I do believe that would be to go to detective school! 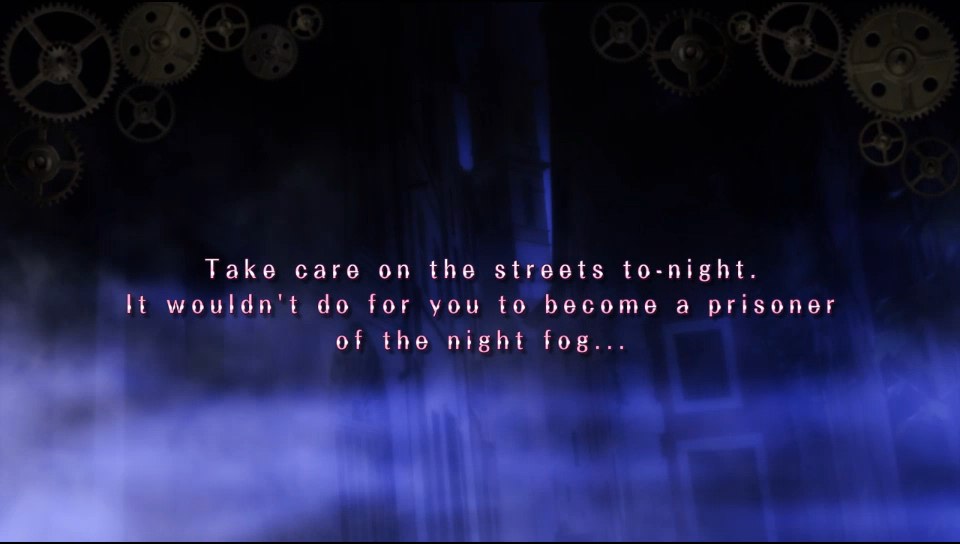 There is never a dull day in the life of the head of House Whiteley. Though I guess that would largely be due to how she can’t quite seem to stay away from trouble. Where there is a mystery to be solved and, even more importantly, someone to be saved, Emily will be right there in the middle of it, regardless of the irrationality of such actions. There is certainly something to love in this character and one can see why all these budding detectives might be drawn to such a troublemaker.

There is a lot to like about London Detective Mysteria. You have your expected selection of archetypes readily available, though I was pleasantly surprised to find that there were two options for my favorite personality: painfully logical and emotionally stunted. Only one of the companions was completely to my disliking, falling in the category ‘dangerously close to stalking’ that I’ve never been too keen on. There is a humor in much of the dialogue that I found refreshing, particularly when it comes to the family butler, Pendleton. If I had a butler, I’d want him to be Pendleton. You also have two characters which have their own special endings called ‘Charmed Ends’. These are your non-romantic friends and the concept is pretty cool considering I’ve never seen such a thing before. I like the idea of going outside of romance to tell a story like this. I also think that Sara Marple is amazing. 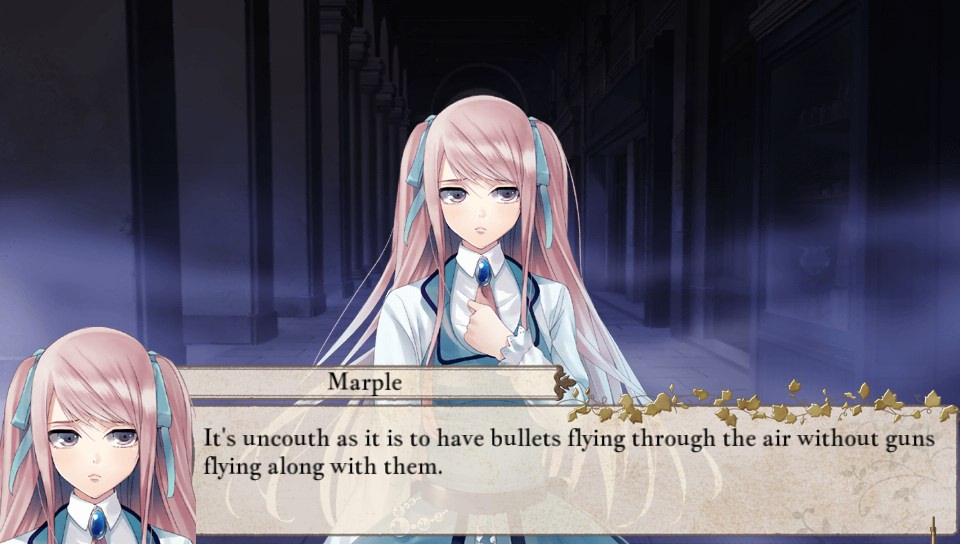 I found it interesting how the story explored the perils of being the heir to the family name while also being female. In this time period, women are just barely able to openly attend school and take on traditionally male-centric roles. Despite this there are many concepts embedded in society that even Emily herself is beholden to, such as her generally inability to physically defend herself and her constant self-doubt when comparing herself against the others in her class, most of whom are primarily men. And this is not solely the case because we are playing an otome. It contextually makes sense in this era. While in many stories I find myself bristling against a physically or emotionally weak female protagonist, I found myself having to take a step back multiple times to remind myself that the tendencies of these characters are informed by their time period and the actions accepted within this society.

Similarly, the blatant racism that you witness against Akechi and Kobayashi is deeply upsetting and something I am very much not used to seeing explored in, honestly, most games at all. Some of the terms used by bystanders made me physically wince. The impressive thing is that this subject isn’t only perpetrated by Westerners but by the Japanese as well. The generalized xenophobia of the time is well represented and the confusion experienced by those openminded few is refreshing and certainly thought provoking.

When first loading in, if you’ve ever played any Code Realize, it’s impossible to avoid the comparisons. The story takes place in turn-of-the-century London, replete with the Queen Victoria and the London Bridge. Where LDM immediately begins to stray is in its more grounded nature. This is much closer to the London of years past, albeit largely populated by the progeny of 19th century literature figures. The text and dialogue certainly carry that XSEED flavor, being much more mature and complicated than many other VNs, even sometimes poetic. The number of text and grammatical errors is significantly reduced when compared to other otome I’ve played recently and I don’t recall seeing any major visual hiccups throughout my 20 hour or so playtime. There was one instance where the game completely froze on me when trying to skip to the next decision. Even after shutting it down and reloading it continued to do so until I finally just ran the skip text. It didn’t do it again when coming to that same section down the road so I suspect it was just an unfortunate RAM-centric perfect storm. 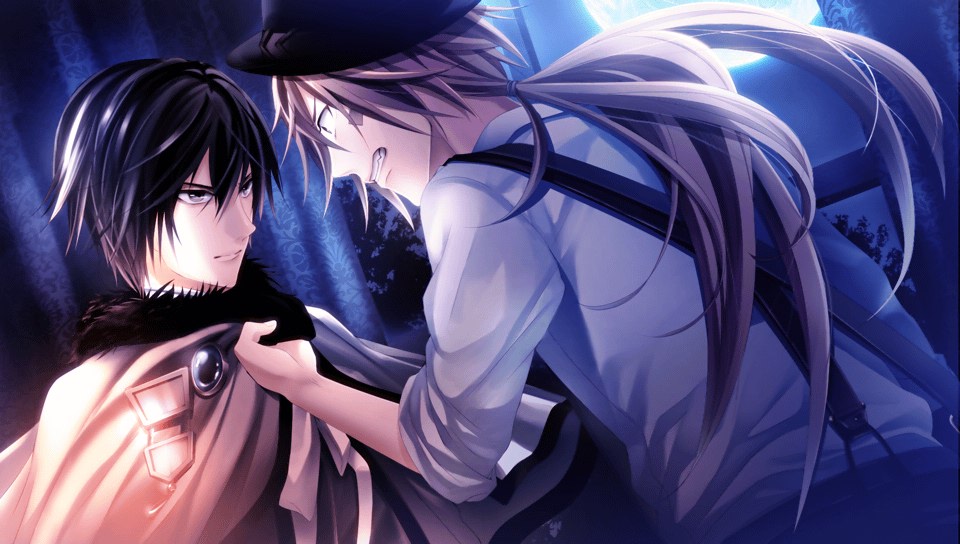 The character animations are pleasing the majority of the time, though I never could get used to the disproportionate eye size of the protagonist. My favorite CGs were the ones in which Emily’s eyes were closed, as Miss Whiteley’s design never seemed to quite meld with the other characters within the story. This is most likely a weird visual pet peeve specific to me but it’s always possible that there are a few weirdos like me out there. In contrast I could never find anything to complain about when it comes to the beauty of the backdrops. These were always filled with a deep sense of place and what always seemed like a passion for the period and locale. The variety was functional and I only started wishing there were more once I started my third or fourth playthrough.

The mechanics of moving through the story fall somewhere in the middle of efficiency when compared to other VNs. There is a fast forward function which skips through any previously read text and only stops once you reach new text or if you hit a question that requires input. You can also use a full skip function, which loads you directly to the same scenario as described above. The major downside to both of these is when it loads you to a question. There is no context provided and you are thrown directly into the situation with a timer on your actions. If you don’t have the situation memorized, which I did at a certain point, you are left floundering. This also means that you have to be continuously aware when skipping through text as the timer is only 10 seconds long. The upside is that you can always load back to the last decision, so if you miss the timer or make the wrong decision you simply skip back and pick the correct response. This all has the ability to become quite tedious after a few playthroughs when it comes to the investigations in the story. Many of the decisions attached to these are choosing an item to look at or a person to talk to, all of which you have to do in order to progress. There is no wrong answer as long as you pick all of them eventually. When you’re skipping through trying to get a different companion route it becomes a huge time suck to have to manually make these selections when I would have preferred to just skip the investigation entirely. I had these all completely memorized by the second time through and it was just a case of hitting the button when it demanded and required no thought on my part. These kinds of tedious actions can often be the downfall of an intriguing story and I do wish that there had been a more graceful solution. You also cannot rewind text with your only options being to load a save or load back to the last decision, both of which often aren’t really an option to begin with. While this is not the worst set of mechanics I’ve dealt with in an otome it’s certainly not the cleanest either. 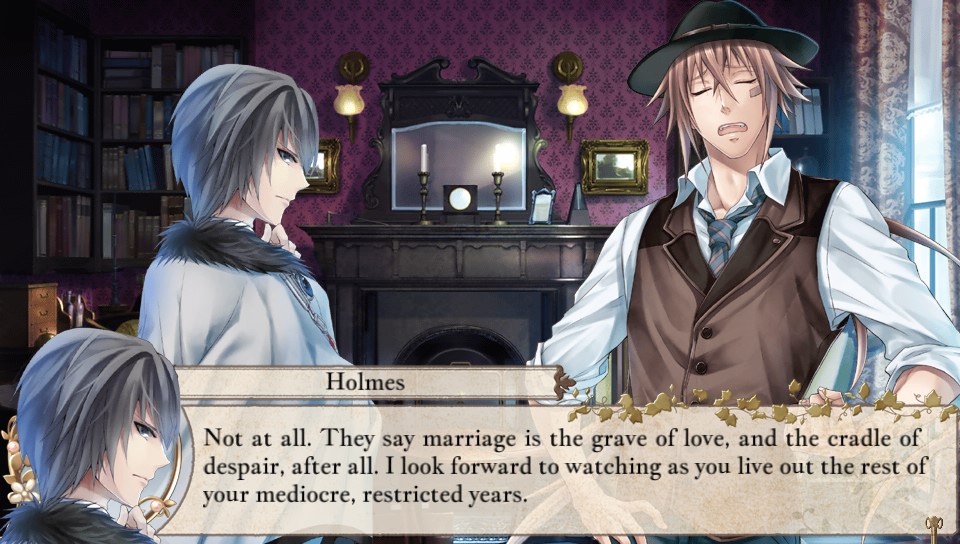 One major plus is that, if you know that the ending is largely a set-up for a sequel, you don’t need to really bother with that overarching story and can simply focus on the strengths of the game, that being the love interests. I really did enjoy my time with these boys, Holmes and Akechi in particular. I really liked how the stories of those two ended and found some of the others to be a bit lukewarm, though I highly suspect that this is just due to my not being as fond of the others in general. I would say the only times I’ve ended up enjoying all the love interests available is when there is a strong story tying them all together, which is not necessarily the norm with most otome.

One of the truly disappointing features of the game would be the Diary. Here you can record text and the associate voice lines to access later when needed. This is presented immediately after the prologue and you are even given a couple tests to teach you how to use it during investigations. Unfortunately, I can’t think of a single time that I was compelled to actually use it during gameplay. You can only record one dialogue box at a time, meaning that any explanation that uses more than that needs to be recorded separately, one by one. In addition to this, you can’t actually access the diary once a question I on-screen. As there isn’t really a tell for when these are going to appear it isn’t really possible to prepare for questions you may encounter without literally studying and memorizing the moment you save the text. While this basically devalues the entire mechanic, all other concerns become meaningless when you realize that there are no investigations that are so difficult that you would need to refer to previously acquired details, nor do you have the option to even contribute to said investigations far too often. I would say this game leans a bit too heavily on the presentation of a detective story while spending far too little of it actually being one. 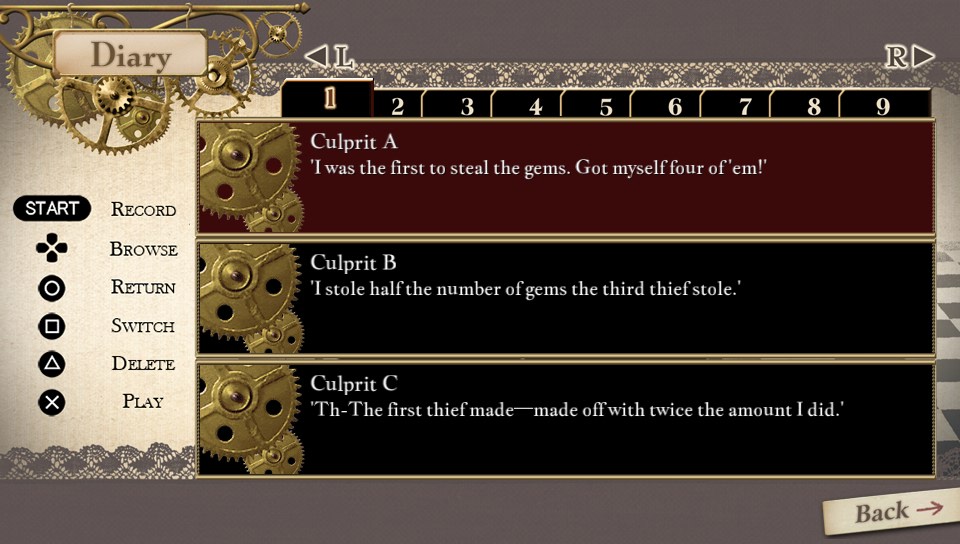 London Detective Mysteria is a game that desperately wants to be a crime novel but just can’t figure out how to properly meld that with a romance novel. The fact that I’ve actually read such books that pull this combination off quite well is what baffles me. There is absolutely a larger story here, the prospect of which reaching the end is solely what motivated me to methodically work through each and every storyline, only to find that the majority of information is withheld for a nebulous sequel. Multiple characters shown in the promotional art are only introduced in the final portion of the game and even then, only briefly.

I know this is coming off as largely negative, but that’s really not the overall feeling that I’m left with. Despite not being wholly satisfied with the ending provided, particularly after all the work that I put into it, I still walked away having mostly enjoyed my time with London Detective Mysteria. I think this game’s greatest strength comes in the form of your companions and the setting. If you desire a well-rounded overarching story, and unless you plan on investing about 20 hours and adhering religiously to a guide, I would advise perhaps looking elsewhere. But if your main intention is to go after a couple storylines and have some fun and thoughtful times with your 19th century schoolmates, I can suggest this game wholeheartedly. 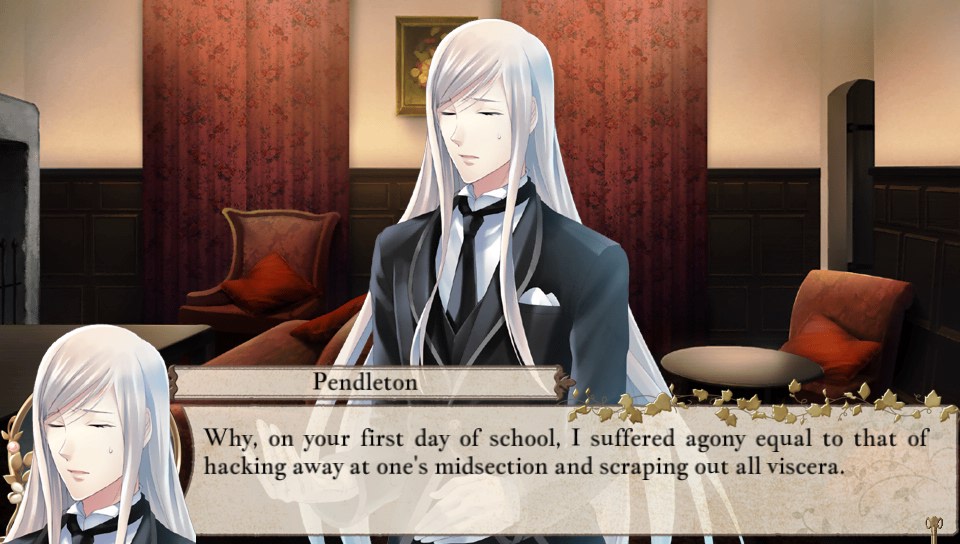 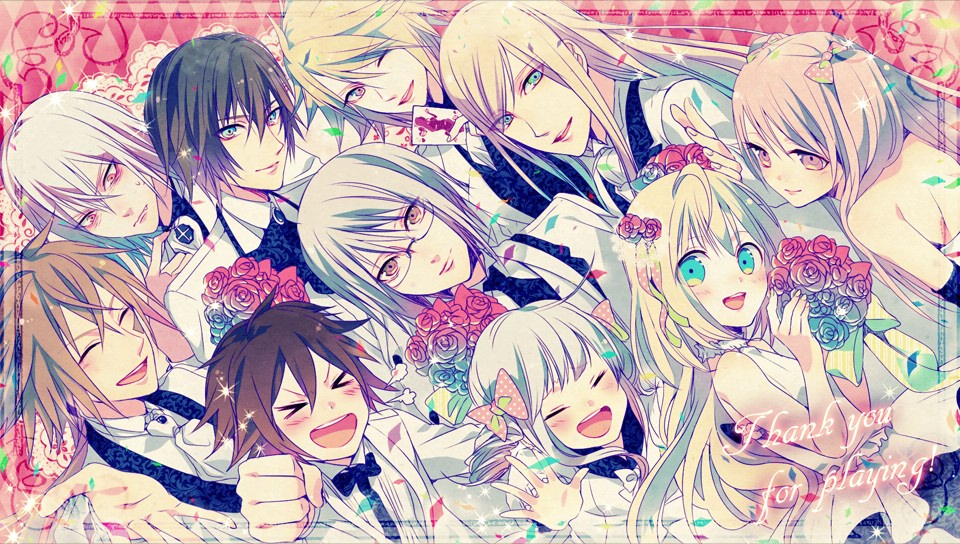 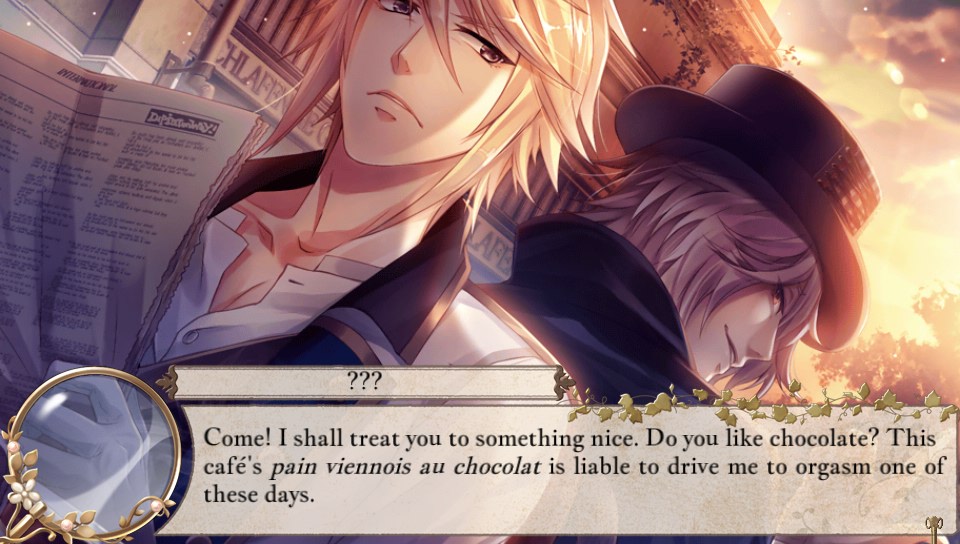 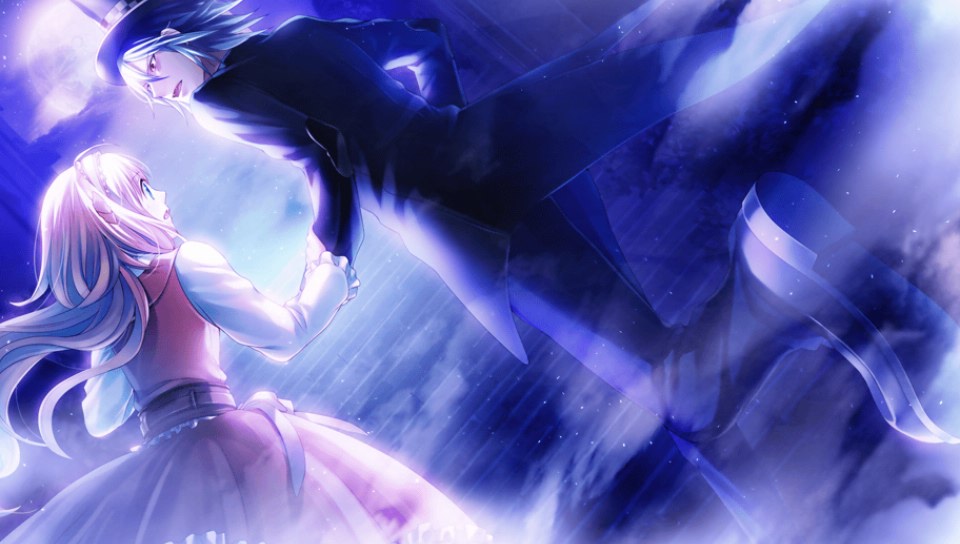 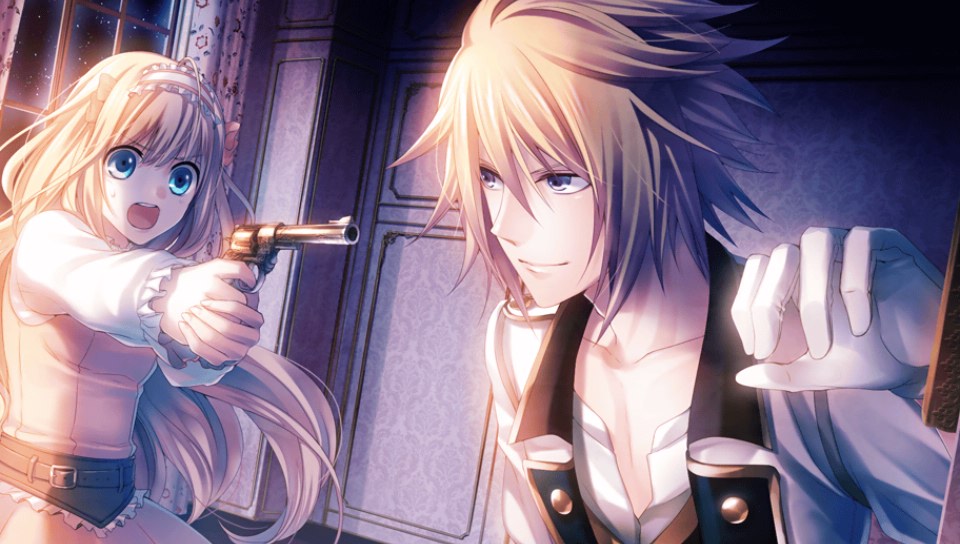 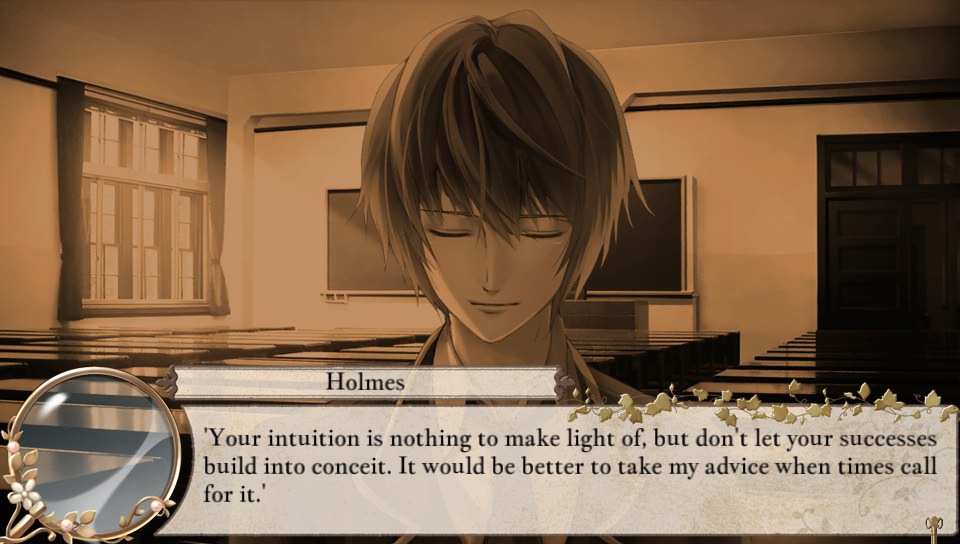