Psychedelica of the Ashen Hawk (ENG)

‘What happens when the snow melts?’

In this town, you are closed off to the outside world. Legend has it that this used to be a bustling center for trade, but now no one comes and, without exception, no one leaves. When the snow came one year, it never left. This is the witch’s curse.

We are introduced to the story with a sequence full of fear, of rage and of murderous intent. This town is shackled to it’s past, though that past seems to have been lost and only vague senses of that darkness remain, leaving everyone to flounder in confusion. This game is drowning in mystery from the beginning and is bent on twisting perceptions throughout; perceptions of those around you, of the town and of yourself. It would be impossible to go into full details without technically spoiling a few of the earlier reveals, and therefore I am hesitant to do so. I say this simply as a warning to those who want to go in completely clean, though I have every intention of steering clear of anything one might consider blasphemous. 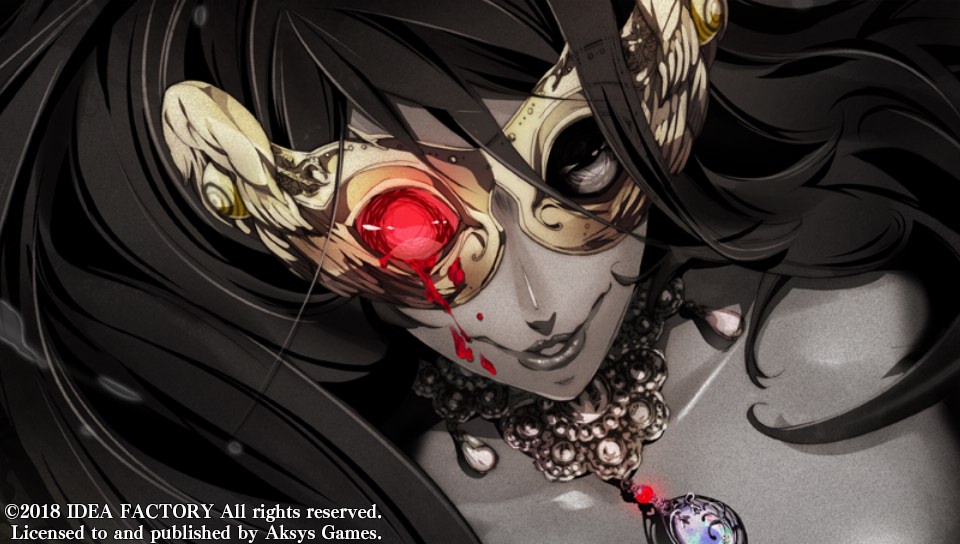 The town is ruled by two rival clans, the Hawk clan and the Wolf clan. Think the Montague and Capulet families of Romeo and Juliet, and you’ll have a generally good idea of the tense situation. A transgression long forgotten, or deeply buried, creates a rift within the town which even the inhabitants can’t fully explain beyond the fact that a side must be chosen.

The Hawk clan is led by the relentlessly unforgiving patriarch, Olgar. He rules with a heavy hand, openly of the belief that the leaders are meant to be feared by their subjects as this is the only way in which to maintain order. He has two children; Lugus, his heir, deeply respects his father and solemnly carries the weight of his future role on his shoulders, and his daughter Tee, who is inseparable from Lugus and clearly loves him and her father deeply. The matriarch, and leader, of the Wolf clan is Francisca. She has two sons, Levi, who is fun-loving and lighthearted, and the coolheaded heir, Lavan. The third child of the Wolf family was taken in at birth after her parents disappeared. She has been raised by Francisca who, for most of her life, was the only person who knew her actual gender, as well as was the one who insisted she hide it. This is our protagonist, Jed. 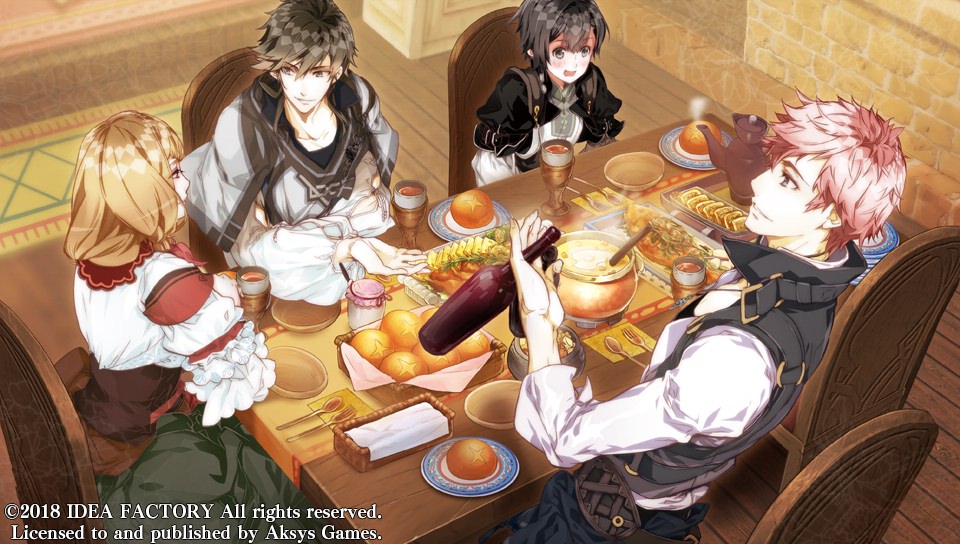 Jed lives a life hiding in plain sight. Born with a red eye, the mark of the much-feared witch, she has spent her entire life as a boy to avoid any suspicion as, according to legend, the witch can only be a female. The only people who know her true identity are the woman who raised her and the mysterious man who allows her to stay in ‘his’ tower located in the forest that surrounds the town, to which she moved a few years ago due to a fear of being discovered and putting her family at risk.

I immediately took much more of a liking to this protagonist in comparison to the previous game. She is skilled both verbally and with a sword and is surprisingly self-sufficient. In order to hide being a woman, she has to do many things that are more befitting a man and makes a living as a handyman, doing odd jobs around town from manual labor to PI work. It was enjoyable to experience the story through the eyes of someone who barely sees themself as a female, adding an unorthodox tilt that is uncommon in a romance game. 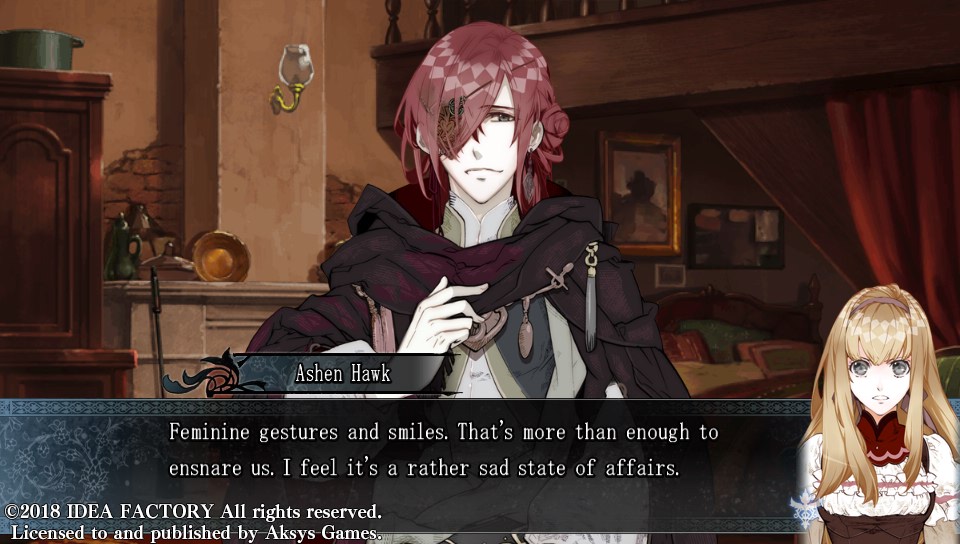 I was intrigued by some of the sexual and gender related topics this game plays with. Despite Jed having lived the majority of her life as a man, there are still those who have been drawn to her, regardless of her gender. While the sexual attraction may not be there, mostly, the sentiments most certainly are. There are moments when I honestly couldn’t tell whether a particular character knew of the truth or not. I found the small moments when Jed decided to try her hand at being a woman and the myriad of struggles associated with such an endeavor extremely endearing and relatable. Personally, I’ve always found traversing while in high heels and a dress particularly cumbersome and avoid it whenever possible, and I enjoyed seeing a character go through similar pains. There is a duality there as well, and you watch as Jed struggles to define who she is and what she desires in a world where this is the one thing forbidden her, for the sake of the people and the town for which she cares so deeply.

Both games employ a theme of how a single person’s perception and subsequent actions can have long-lasting affects on those around them, but Ashen Hawk takes that concept to a heightened degree. The story here often focuses on the desire to blame something or someone else for your misfortunes and what happens when this craving is amplified through a group of people steeped in fear and helplessness, whether real or perceived. 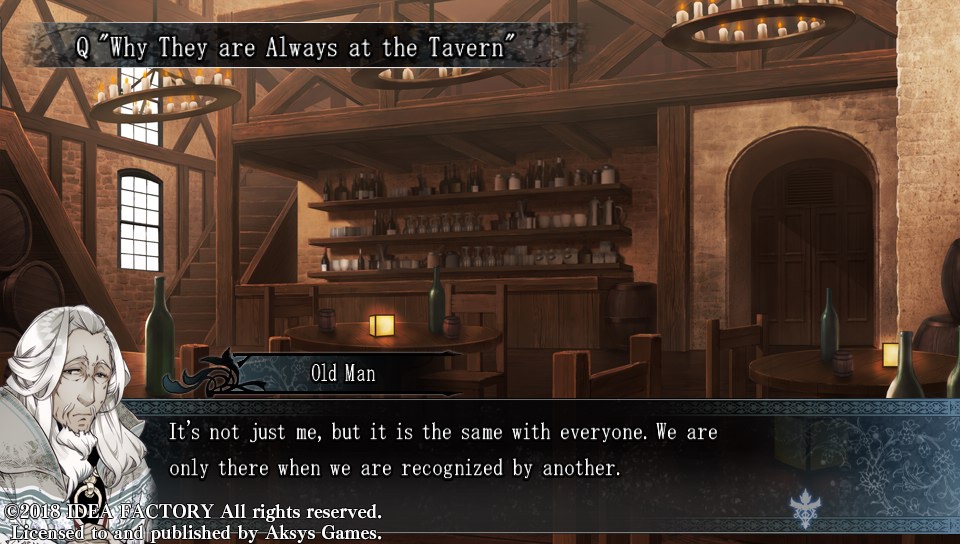 While Ashen Hawk certainly has a strong story and the cast of characters are immediately more likeable from my perspective, the mechanics aren’t quite as strong as Black Butterfly, with the progression being a bit more meandering and less cohesive. There are no side games like the butterfly hunting of the prior game, instead the ‘investigations’, in which you speak with various citizens of the town, are the replacement for this. Much of the progression and world-building in the first half of the game is accomplished through these investigations and short stories that are chosen by the player, seemingly at random. Using a ‘map’, which is basically a chapter within the game, you can select an area to go to, which then lists the people you can speak with or the short episodes available at that time. At a certain point within the story, the clothes you are wearing can also affect the availability of short episodes in particular, which I found to be a clever way to marry the story with mechanics. 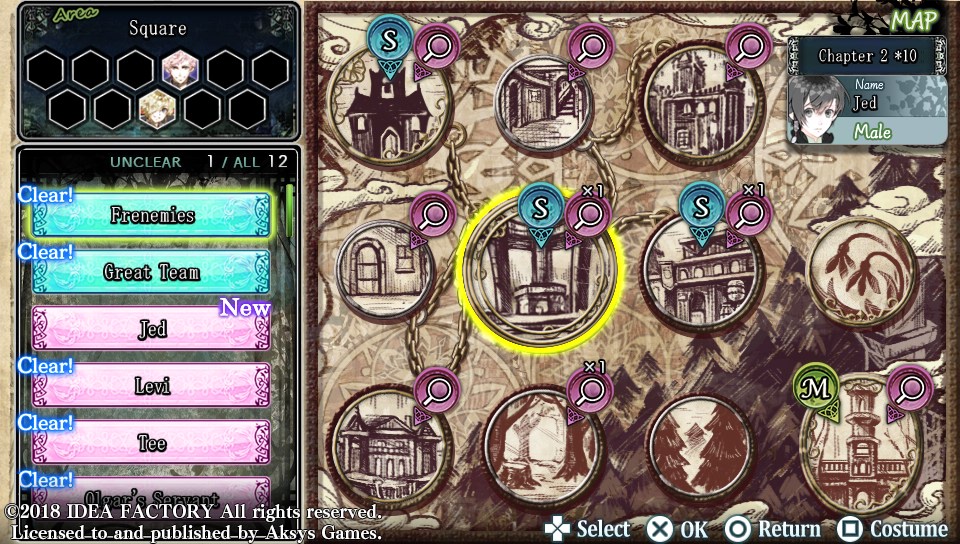 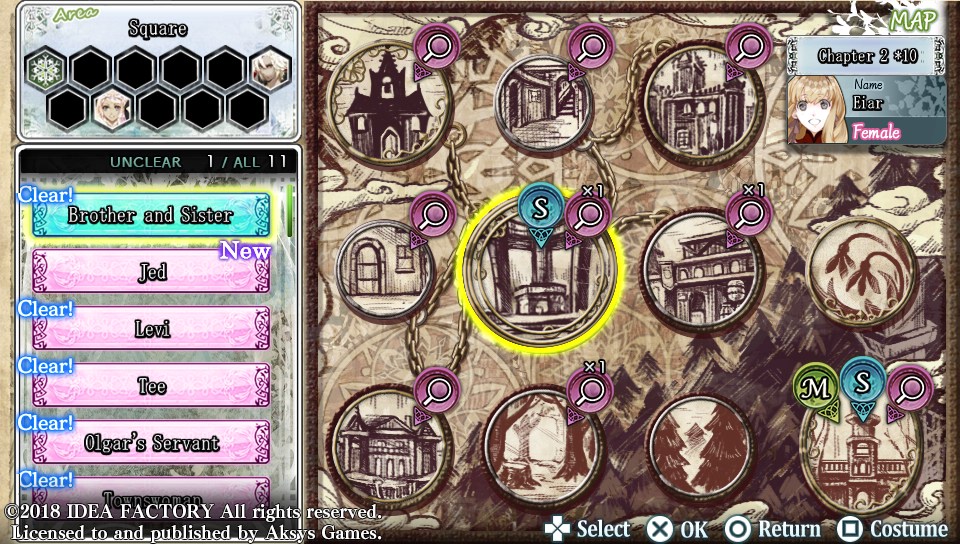 Similar to Black Butterfly, points must be used to unlock short episodes down the line, and these are acquired by completing investigations. One of my main concerns was that you couldn’t see what you were going to ask about before selecting one of these, making the process completely random. In order to avoid excessive tedium, I found myself strategically completing a certain number of these, then breaking them up with a short episode, before heading back in to complete more investigations. Rinse, repeat. This probably comes off as a bit harsh, and once the story starting picking up and taking control I was perfectly fine when I came to another of these sections. It was simply the condensed nature toward the beginning of the game that seemed like it could have been presented in a more cohesive and engaging manner. 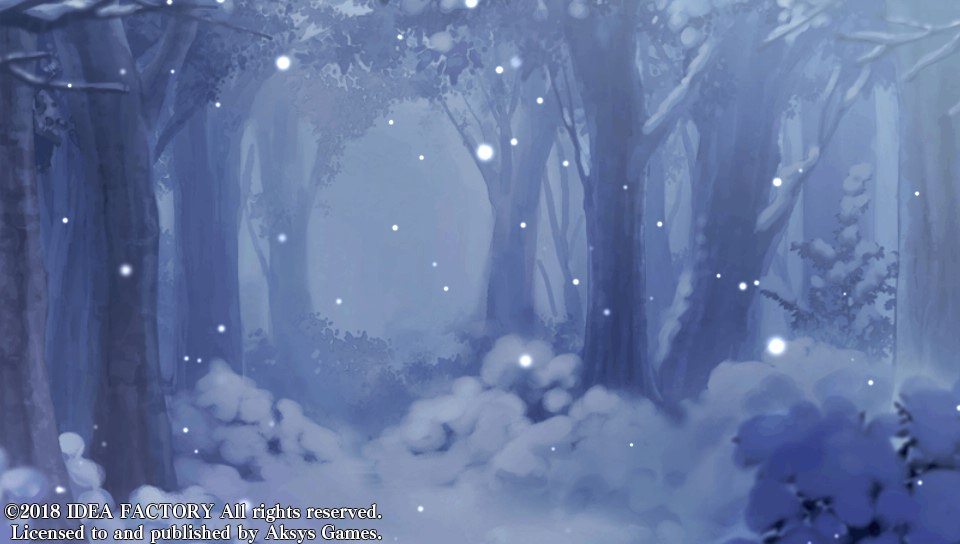 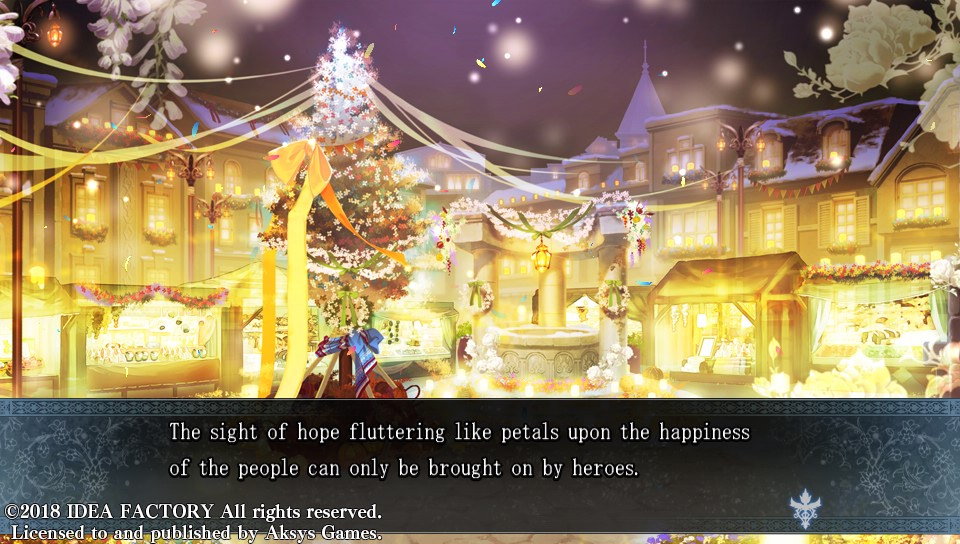 The visuals are striking, as could be expected from this series. Where the previous game utilized styles inspired by Victorian sensibilities, Ashen Hawk takes an approach that is a bit more medieval in its tones. The small town constructed of brick and stone, the town square with the community well at the center, as well as the extravagant tower in which our protagonist resides, all carry with them the cold and darkness that I’ve always associated with this mythical time period in history. While scene to scene may not be as immediately eye-catching as Black Butterfly, with drifting snowflakes and incessant fog creating an atmosphere of isolation, the purposeful usage of colors to punctuate an otherwise grey and dreary world brings weight to these moments and underscores the discrepancy between what is seen on the surface and the truth that lurks just beneath.

The music adds even more to this setting, heavily based in strings and chorales, with flutes and older style drums that would fit in naturally at any renaissance fair. The casual pieces, with their lighthearted warmth, are in stark contrast to the cold scenery and circumstances and work in tandem with the visuals to call attention to the dual faces of the narrative. And so, when a softer, darker song is used, the feelings of isolation, fear and perhaps a little regret, are brought on with more strength than one might expect. All of this comes together in a way that often evoked the feeling one might expect if you found yourself living in a snow globe, surrounded simultaneously by breathless beauty and everlasting confinement. 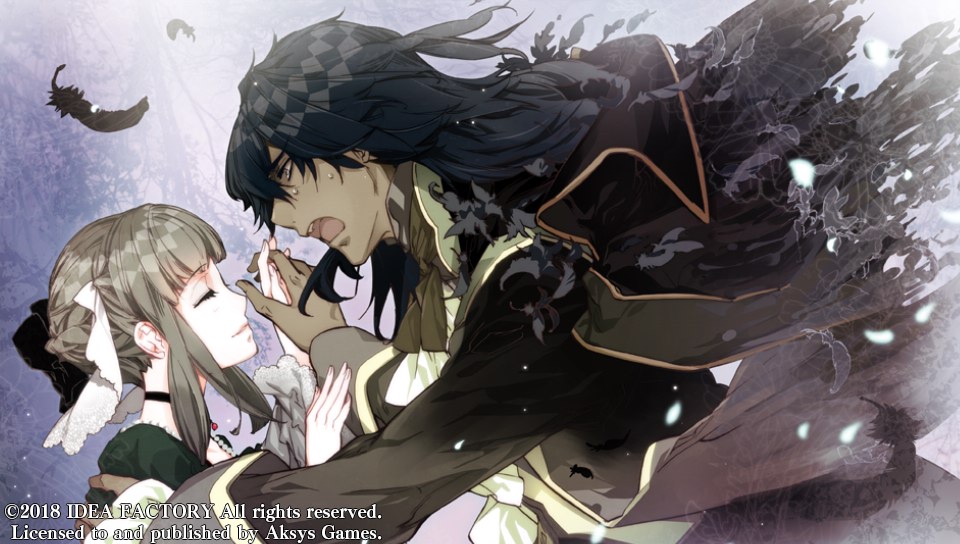 Oddly enough, I found myself slightly disappointed with how this story meets up with the first game, which is somewhat tangential. I would actually hesitate to call this a sequel at all, and instead maybe ‘another story’. While the premise is satisfactory, I felt that the presentation sold it a bit short, spending very little time dwelling on the connection. I did enjoy the subtle nods though, some of which actually resulted in my researching voice actors to confirm my suspicions, and that was fun in itself. Perhaps I was hoping for a bit too much, and I would not be surprised if I’ve become a bit used to having things more spelled out for me in this genre. When all is said and done though, I truly enjoyed this game. I found the story intriguing and the characters well-written and relatable. Once I, and the game, got into the flow of things, it was difficult to put down. If you’ve played the previous game and enjoyed yourself, this is definitely a game to put on your docket. Also, as Ashen Hawk is not directly tied to Black Butterfly, I feel comfortable saying that the bulk of the story can be appreciated by someone who hasn’t played the first title, though there is surely value in playing both. As I’m sure you may have noticed, I spent very little time (basically none) discussing the actual events within the story. This is because I feel the strength of this game lies in the truths unveiled as you play, and I would be loath to lessen that in any way. Suffice it to say, I found the journey to contain more twists and turns than I anticipated, and the trip is well worth it, should you choose to partake. 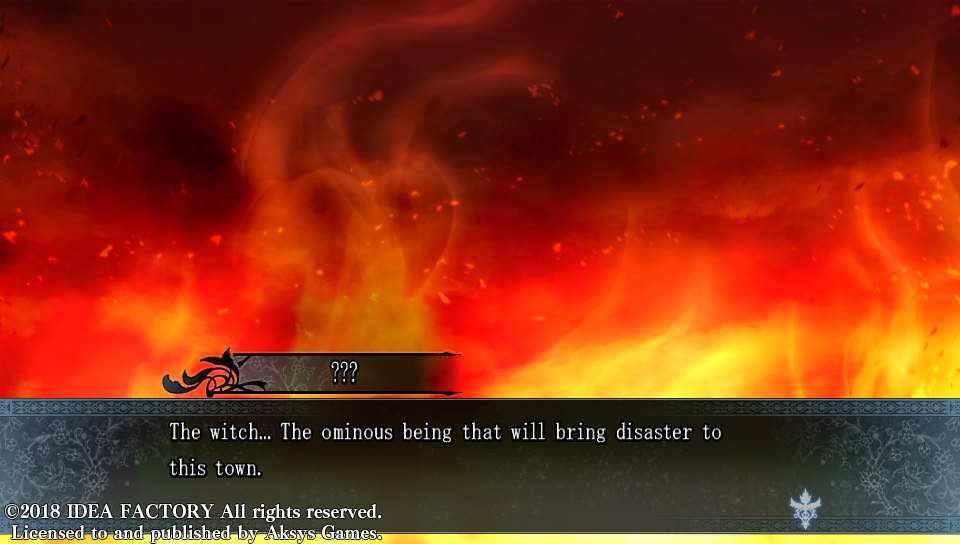 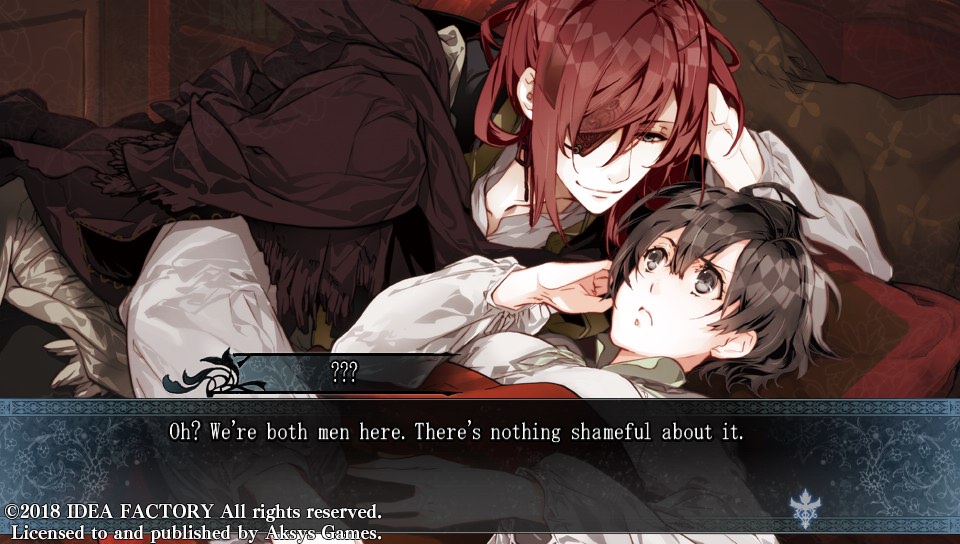 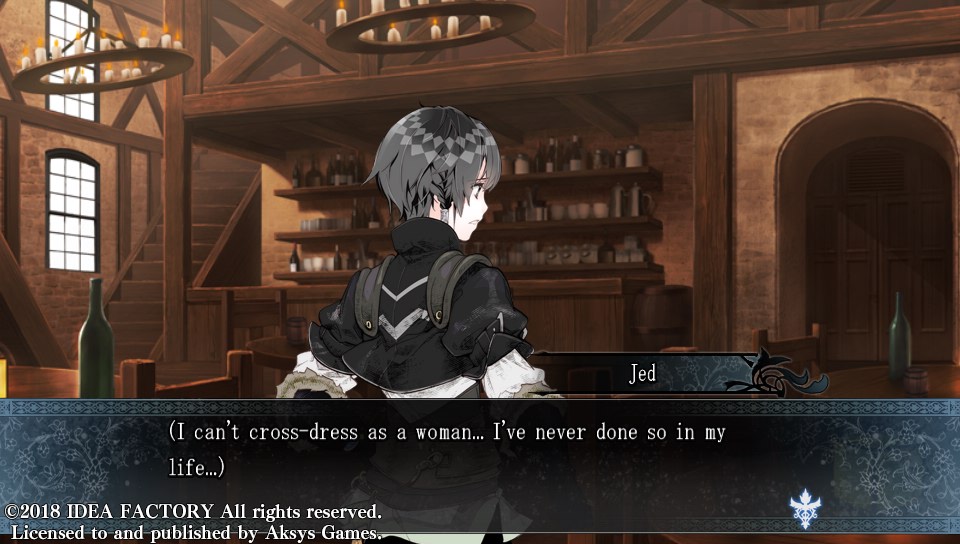 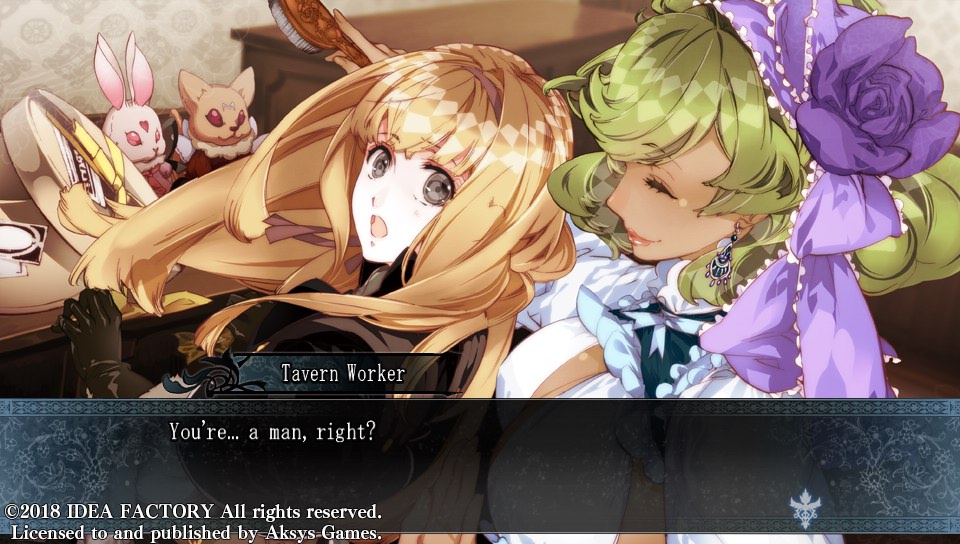 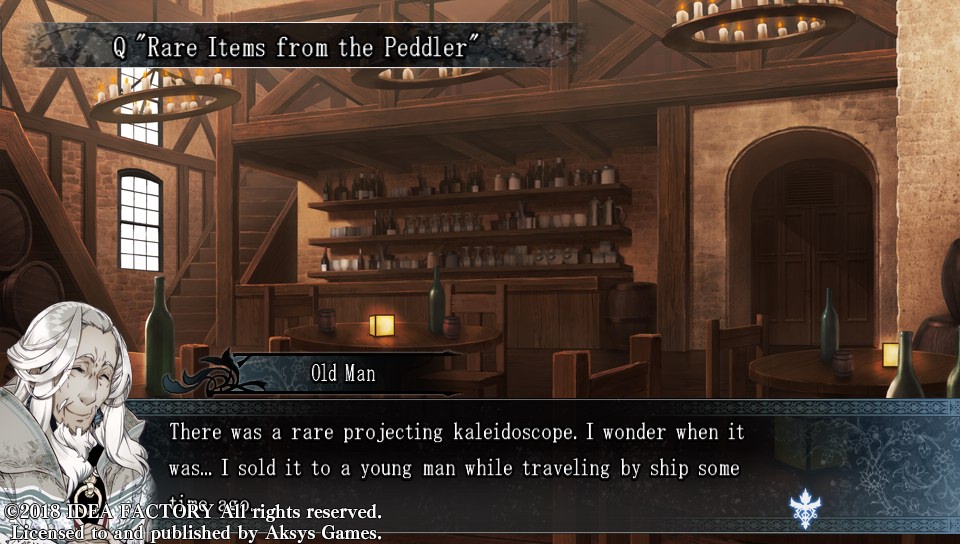 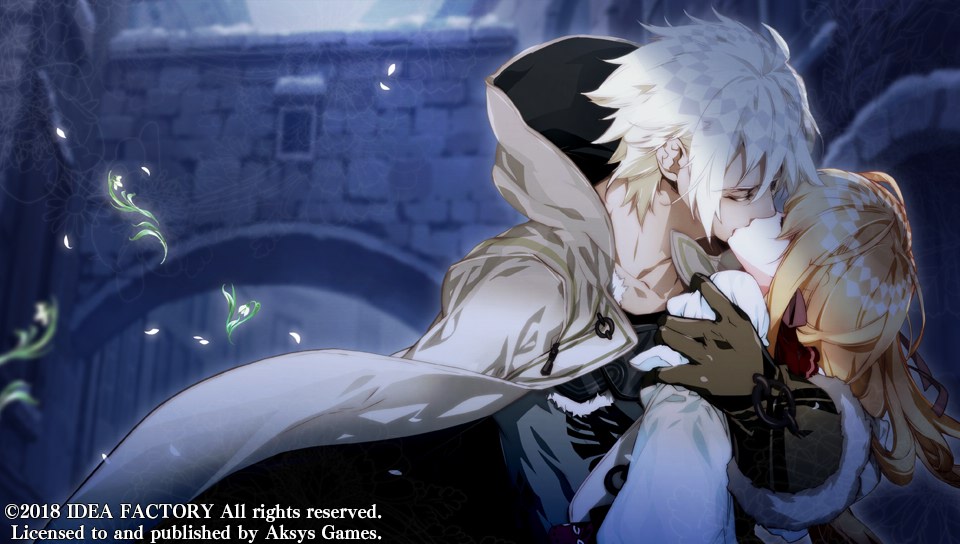 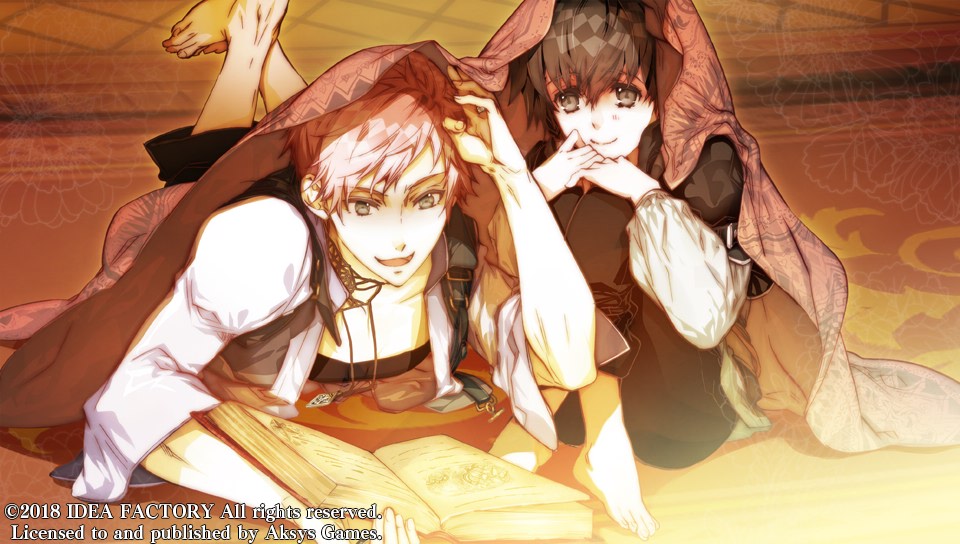 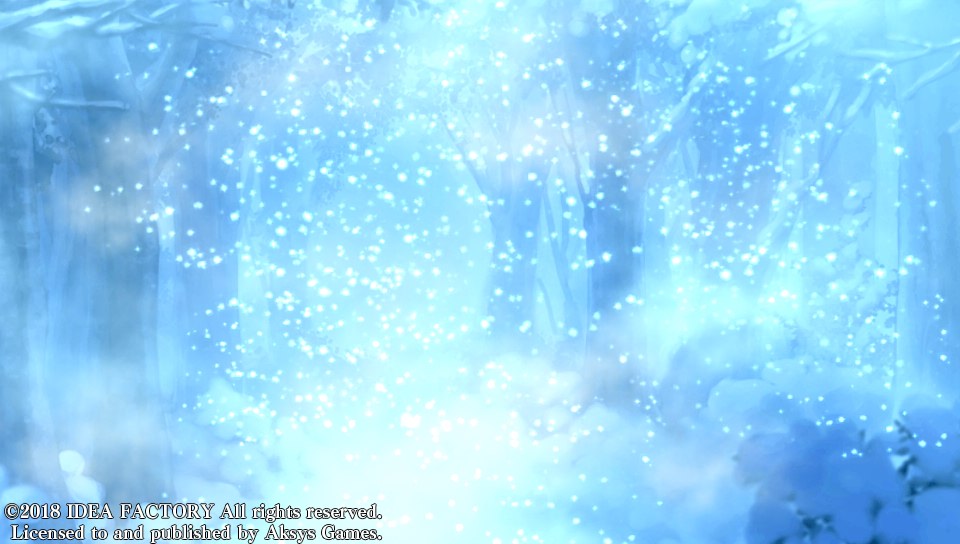 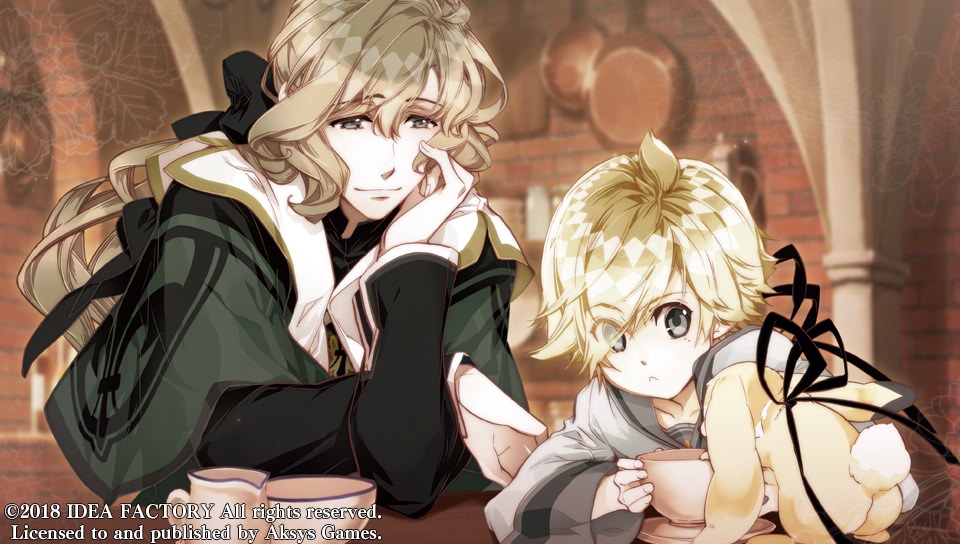 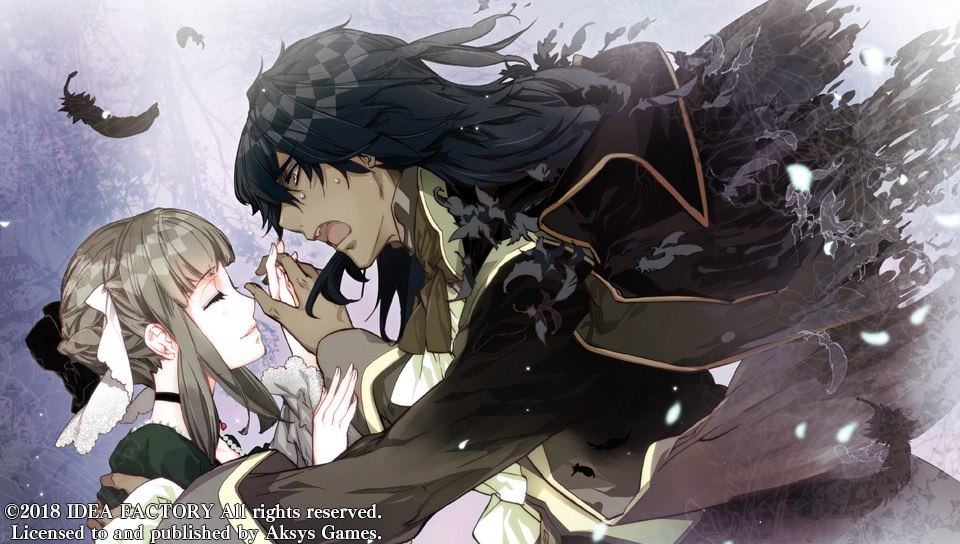 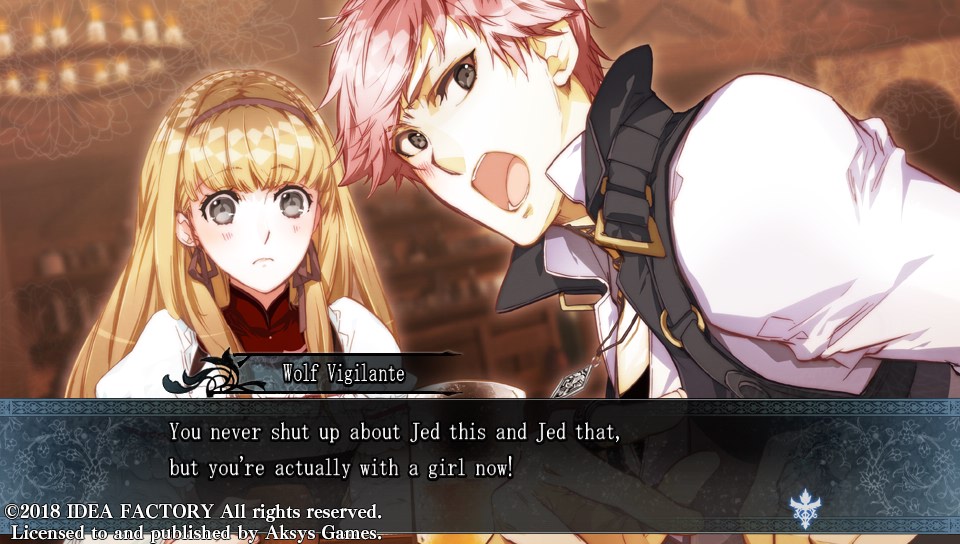 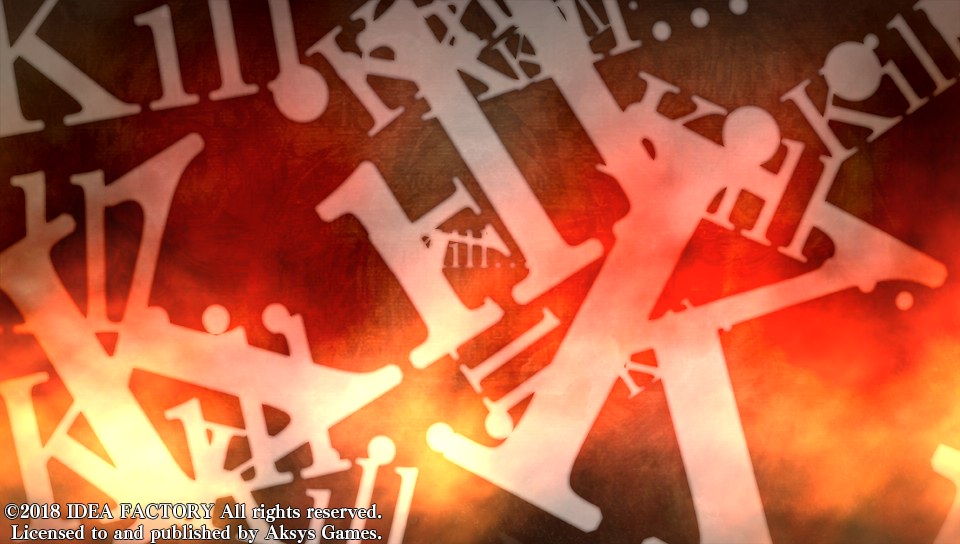 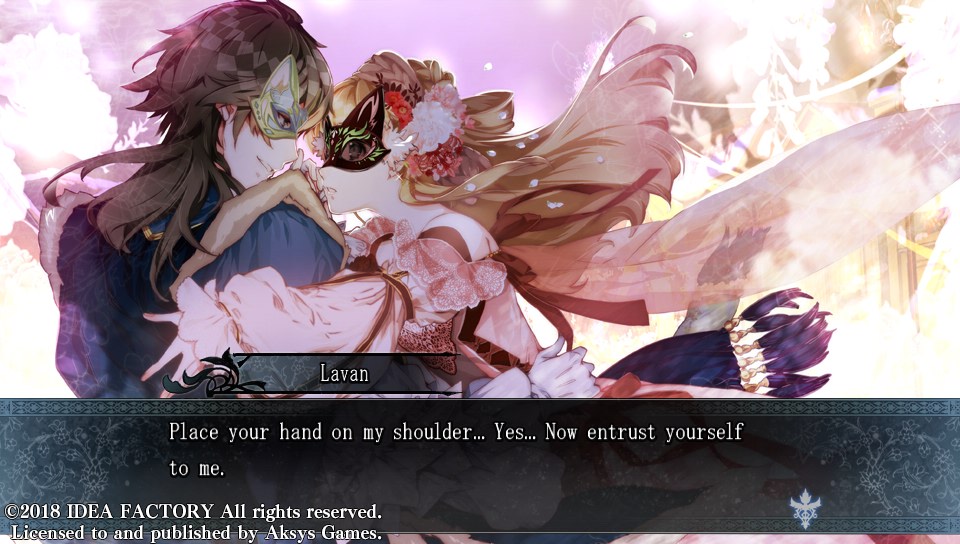 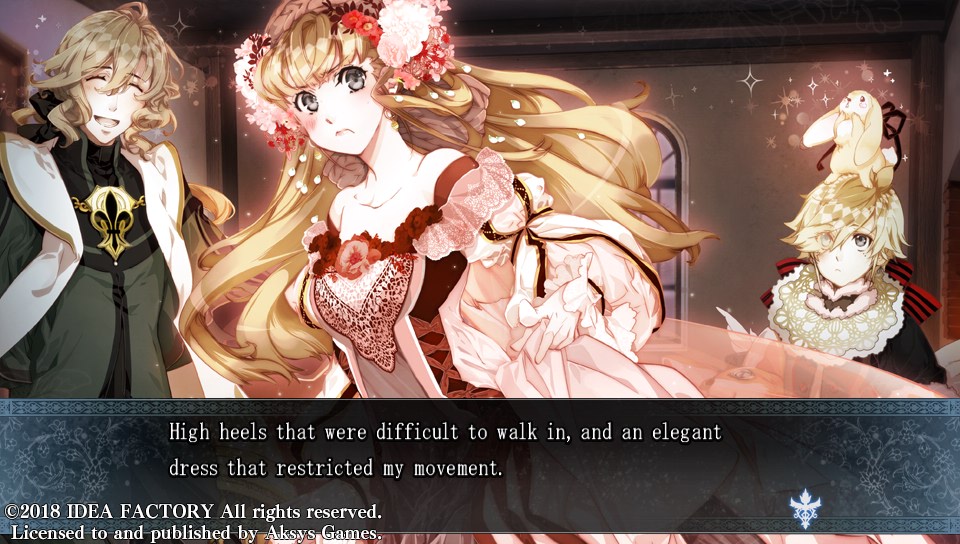 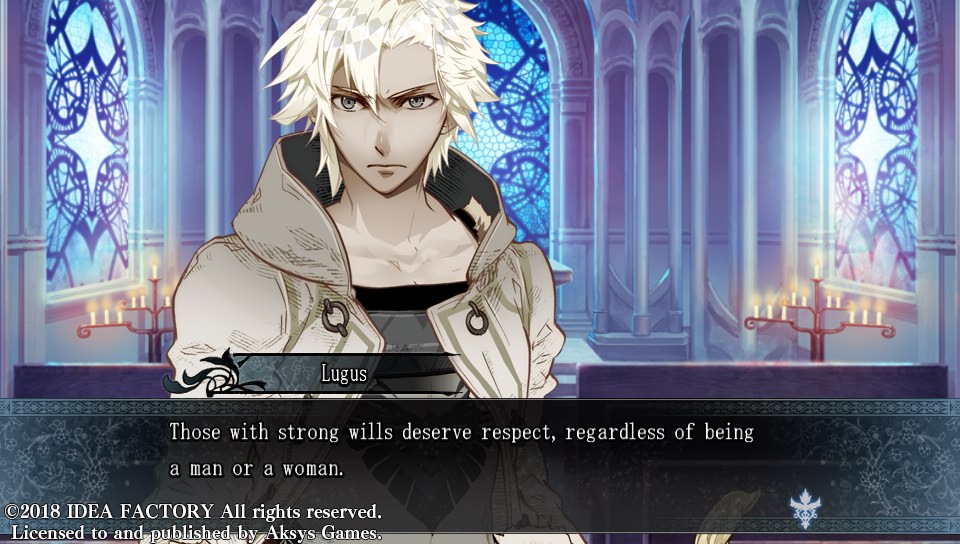 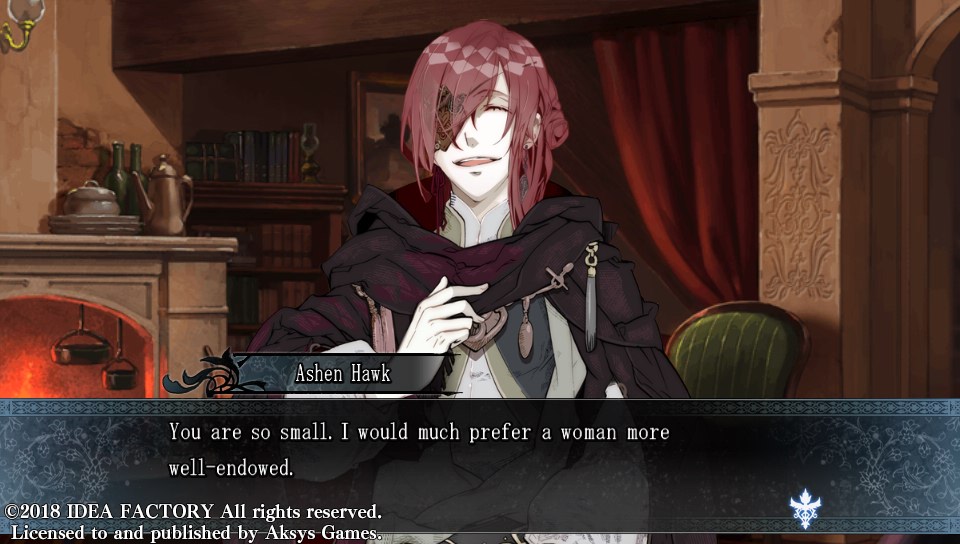 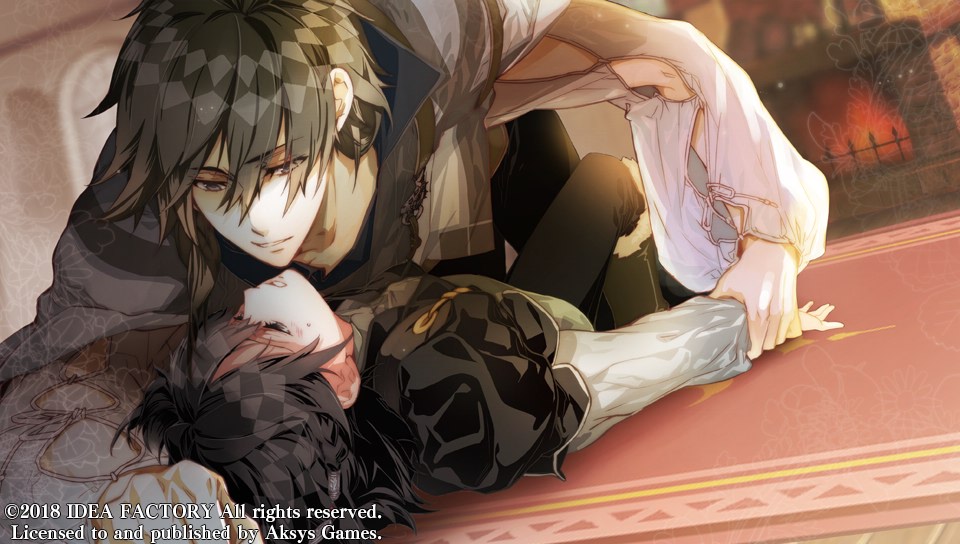