“He who looks upon everyone as monsters soon becomes the real monster himself.” 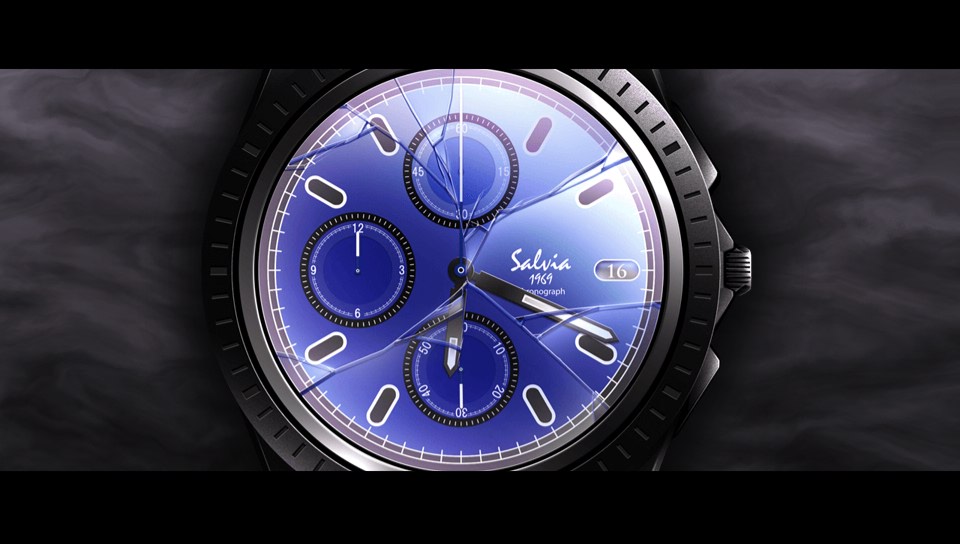 Fear is the impetus to action, but that fear doesn’t need to be carried on your own. Nor is our fear unique to us alone. In the end, the root of fear is almost always the same, and our experiences determine how we react. If we could take the time to boil everything down to that root, it would become all too clear how similar we really are. 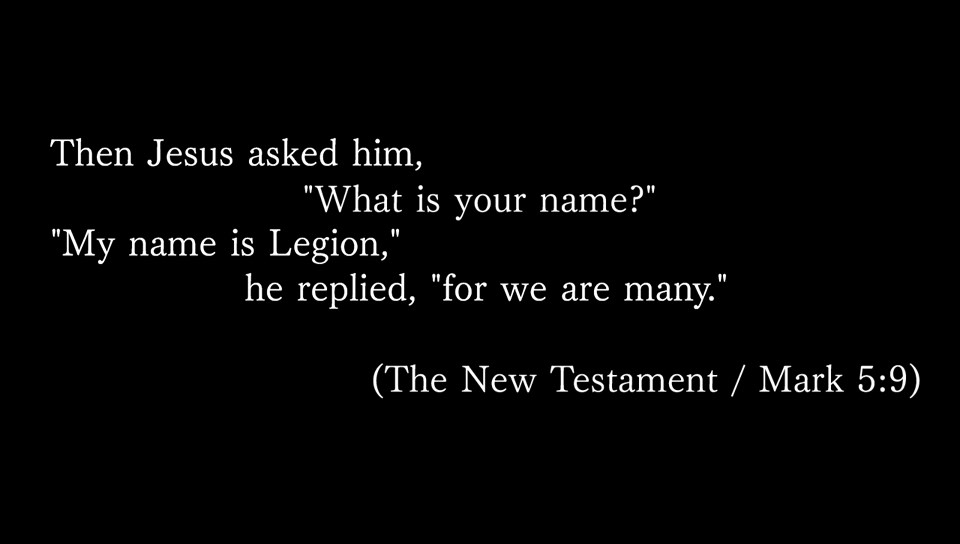 Our story takes place in Rokumei City, in the year 2030. This is a government-designated top-secret city due to the multiple high-profile research establishments. One of these is LABO, or the 6th Laboratory of Atomic and Biological Organization, and here is where our journey will center. Years of experiences, of memories, of pain, have lead to the moment we now find ourselves in. Each person here is inextricably tied to the others, and they will need to learn to understand these ties if they hope to escape. 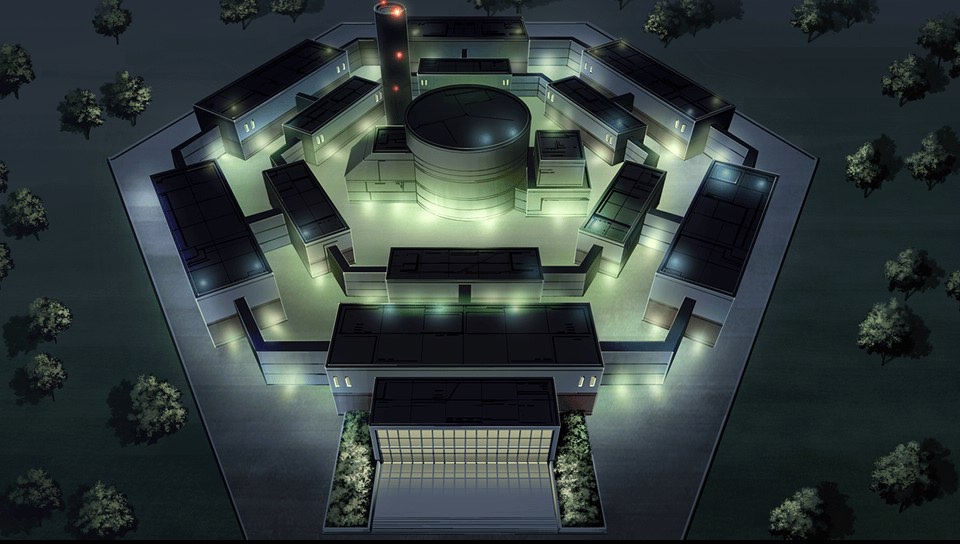 The story is an intriguing one, told from multiple perspectives and successful in subverting expectations time and time again. While it certainly doesn’t abandon tropes completely, I was pleasantly surprised with the depth of each character’s motivations, helping to bring the world to life and bring believability to the progressing madness.

Clever mechanics weave a story in which you are shown the fragility of a person at any given moment. The importance of perception is leaned upon heavily, with situations playing out with drastic differences according to slight changes, and the player’s opinion glides back and forth according to each new tidbit revealed.

You are taught that a person in that moment is not necessarily that person as a whole. We are all more than the sum of our parts, and there are parts of us that we will never be able to share with others. We are inherently separate, distant, alone in our memories. But if we strive each day to learn more, to share more, and to connect as much as possible, perhaps that is enough. 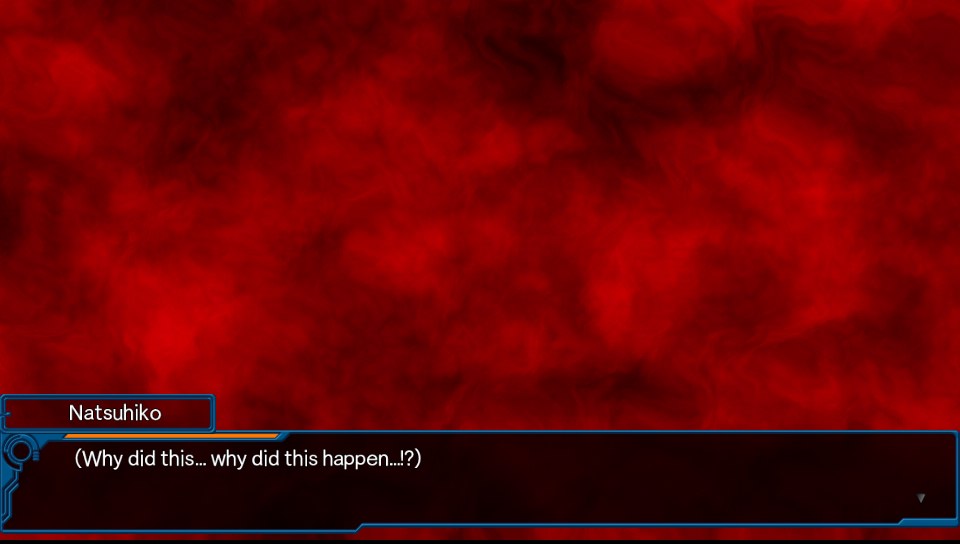 The theme of loss and acceptance is heavily present as well. A childhood trauma has ‘frozen time’ for Nastuhiko. He is left in a state of psychological stasis neither moving forward no backward, paralyzed. For Watase, he has been chained to the wishes of someone else only to have his already fragile reality crumble before him. This concept is applied to many characters throughout, each of whom have suffered and subconsciously refused to grow and move on. A series of seemingly insignificant triggers have eventually forged various chains of fear and regret, now holding them down. Each lack small but necessary adjustments to their perspective, are missing a tiny nudge to their ego, leaving them stagnant and ignorant.

Natsuhiko is convinced that he and Watase have irreconcilable differences, but it is easy to see from an outside perspective how similar they really are. Each fight for the safety of those they love, to protect their understanding of justice, and each have simply ended up on what appears to be opposing paths.

My ability to empathize with the pain of each individual at the end of the game was impressive. While this was clearly the intention of the story from the start, it’s not necessarily common for such a feat to be achieved so thoroughly. 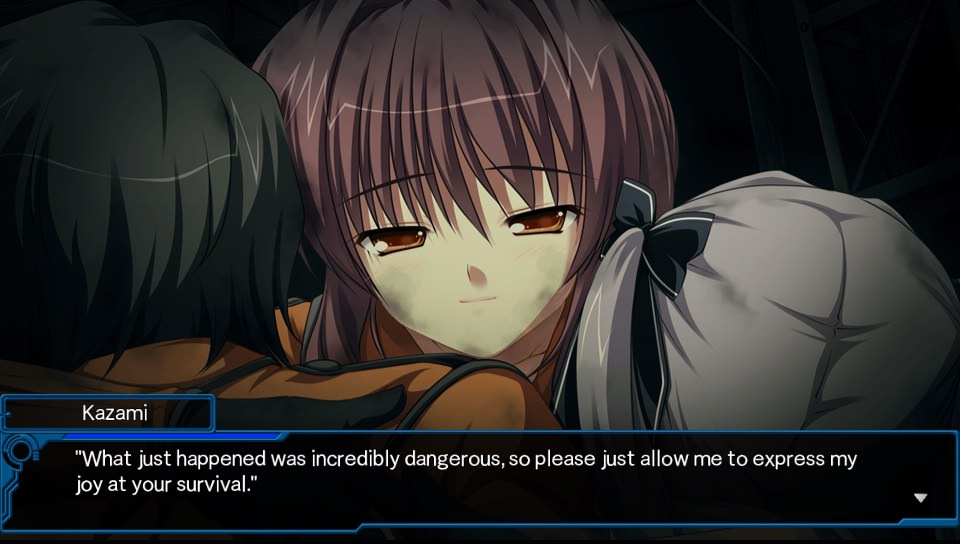 I appreciate the fact that Root Double never seemed to ‘tell’ me what to think, or how to feel. In dealing with such philosophical questions, it’s common for most media to clearly broadcast the expected viewpoint. But with Root Double, I always came to my own conclusions based off the information provided to me. Perhaps I ended up exactly where I was supposed to, but the fact that I can’t tell if I was guided or not is commendable in and of itself.

The soundtrack is enjoyable throughout, though there were occasionally moments that felt a bit mismatched with the track. Honestly, this may be more due to the length of the game (I clocked in at just over 40 hours) and the viability of having that many unique tracks. In fact, I may have only noticed this because of how unique each track is. Unlike some other VNs, which have a tendency to remix multiple tracks and therefore enlarge the listing, Root Double provides music which is easily distinguishable from each other. After so many hours in-game, one becomes personally acquainted with each track, making any moment that doesn’t line up perfectly feel a little out of place. 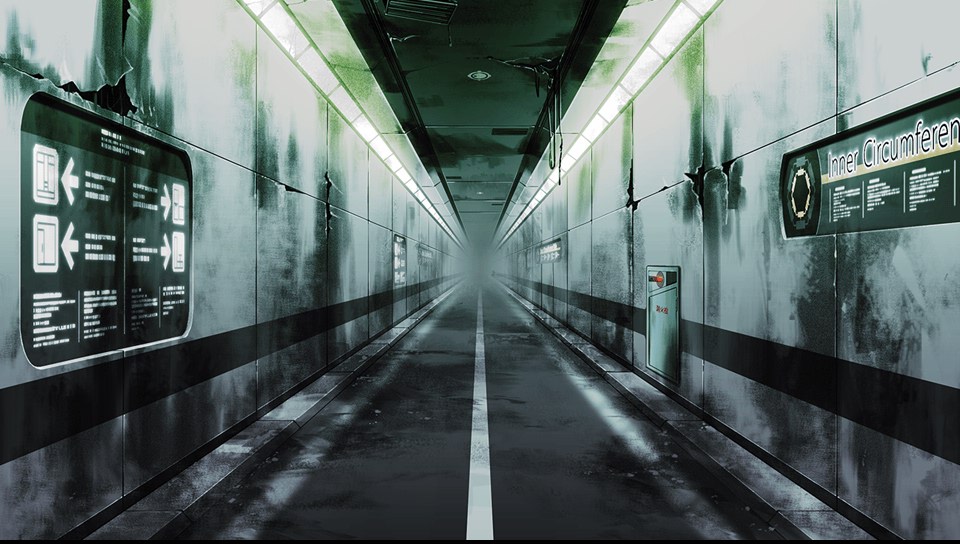 Visuals are on the mid to low end as far as variety goes. The character models only have 5 or 6 poses, though the character design itself is great and I absolutely appreciated the fact that their mouths moved when they talked. The background areas are similarly sparse, but the end product is believable enough with the story heavily set in a single location that, logically, would have visually identical locations and corridors, similar to something like Danganronpa or the Zero Escape games. Interestingly, I think that the consistency in basic animations added more weight to those special scenes. Seeing familiar locations or faces twisted to match a situation, the impact in those instances was palpable.

If this game has any notable weakness, it would perhaps be the speed at which it reveals information. Or maybe it would be more accurate to say the way in which information is revealed. While I can’t quite put my finger on the way to fix this, there were too many instances of me getting frustrated with tidbits sprinkled out of order, leaving me feeling like I must have missed something, or even done something wrong. The start of the game was certainly this way. It felt like a highlight reel for an episode of something, skipping forward in time and completely ignoring any character introductions, and I nearly started over thinking I had accidentally skipped over something.

The transition between Route After and Route Before is also a bit jarring. The switch in pacing, though quite welcome initially after hours of high-intensity situations in relentlessly quick succession, I found to be a little frustrating after a couple of hours. It reminded me of the beginning of Steins;Gate, but occurring 8 hours into the game. While the world-building enabled by this section is essential, and things quickly picked up after a few hours, I do question if there was a better way to handle that transition. 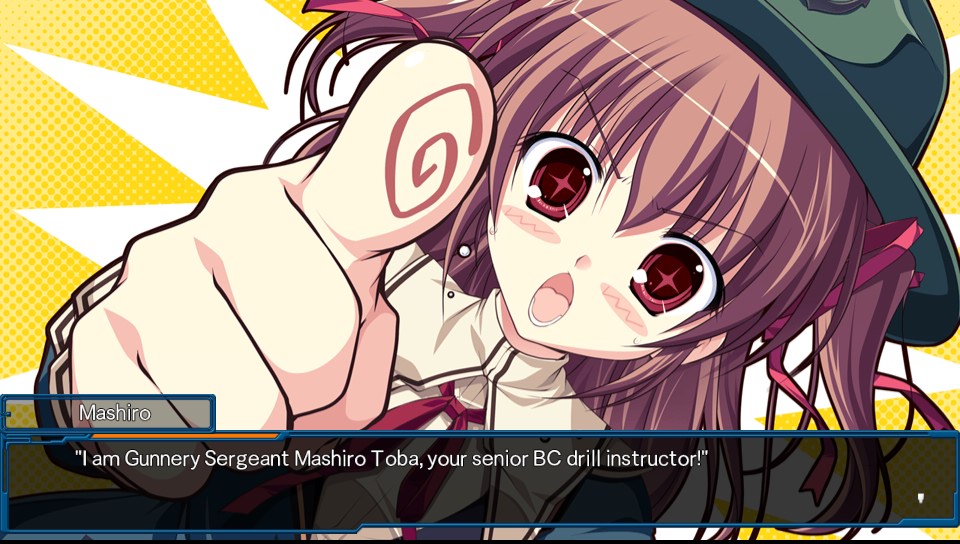 There were various points throughout the story where I felt myself sinking into a pool of frustration. Though it may have just been a wading pool of negative emotions, I kept getting my feet wet nonetheless. The story endures temporary fits of intentional incoherence. It always comes around though, and each instance where I started getting impatient from lack of information, or clear foreshadowing currently useless to me, eventually wrapped up in a largely satisfying ‘Ah ha!’ moment.

Motives are not always what they seem. And a person is never just this moment in time. For me, this was an oddly perfectly timed message to consume. In life, we can only know our own motives fully.  And even that may be a partial mystery to us at times. We can never know another’s mind. That has been personally painful for me to accept my entire life. Existence is inherently lonely. This is an immutable fact. While Root Double gives us a glimpse of what it might be like if we could actually know someone like we know ourselves, it also shows that these are things that we can learn in real life, if we all strive to open ourselves up and trust others more. Many situations in this story could have been changed or avoided completely if that person had confided in someone, if they had just had faith in those around them. The struggle to apply this in daily life is certainly real, but I can say that this allegory has truly brought some peace to my mind, even if just a small amount. My desire to take a breath and approach every situation with the understanding that everyone is a complex amalgamation of experiences has been strengthened. It gave me the courage to approach some real-life decisions with a calm and clarity that was previously withheld from me through my own hazy anger. 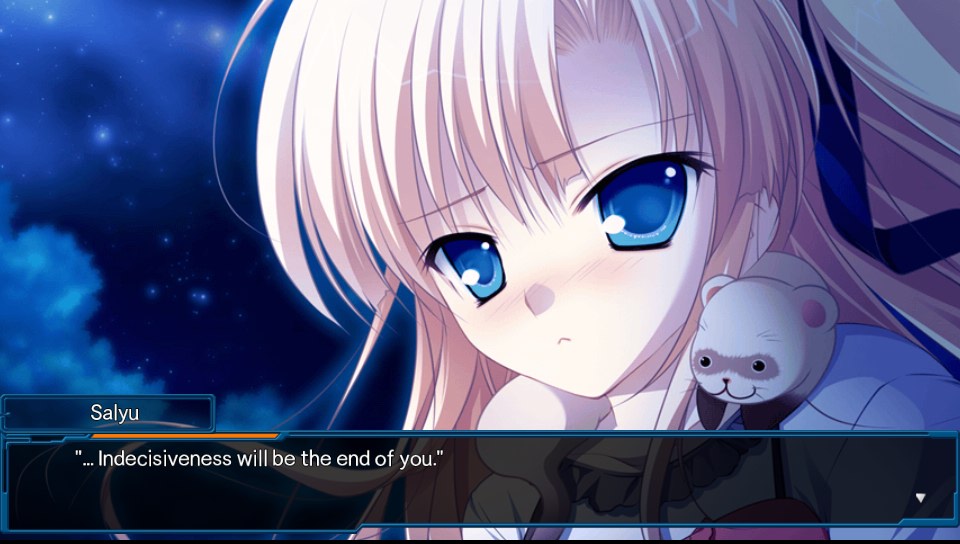 I find it immensely gratifying how the flow of the game aligns so exquisitely with the narrative theme, though I doubt that this was intentional in any way. While there are various items and scenarios to nitpick and though I may have experienced a few frustrations along the way, in the end, this game is more than the sum of its parts. The strength and depth of the characters, their personal growth and the opportunity to enrich yourself alongside them, it all intertwines to bring everything together in a triumphantly frenzied culmination.

What truly makes a personality? How much of you is inherent, and how much comes from your experiences? In Root Double, these questions are explored from every angle, tearing apart what makes you you. I would absolutely recommend this game to anyone looking to sink their teeth into an introspective tale such as this, especially if one has the time to do so. Though, for my part, I wholly believe it was time well-invested. 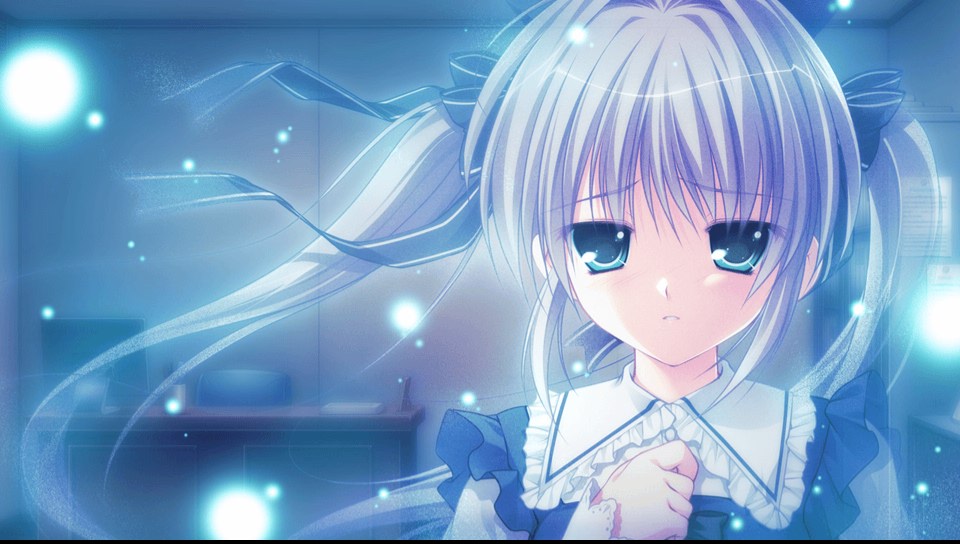 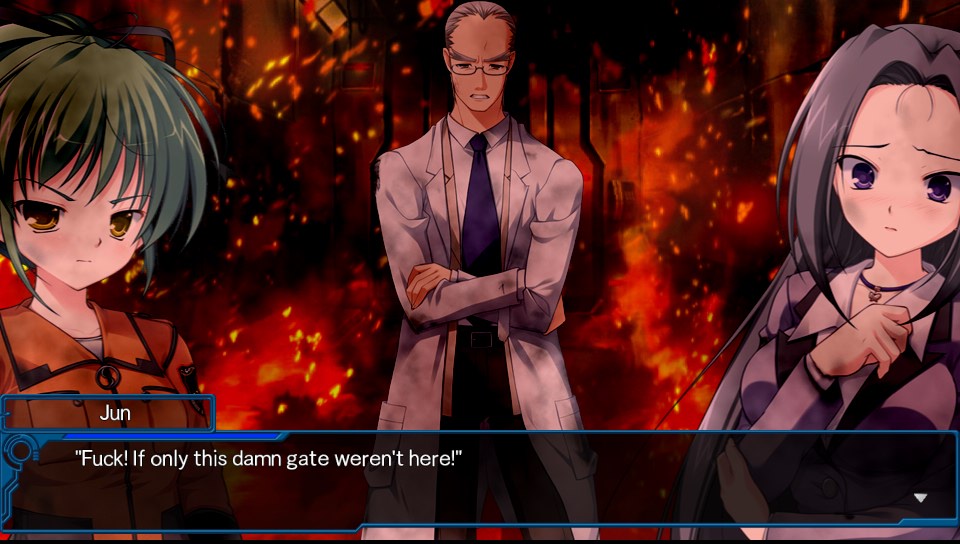 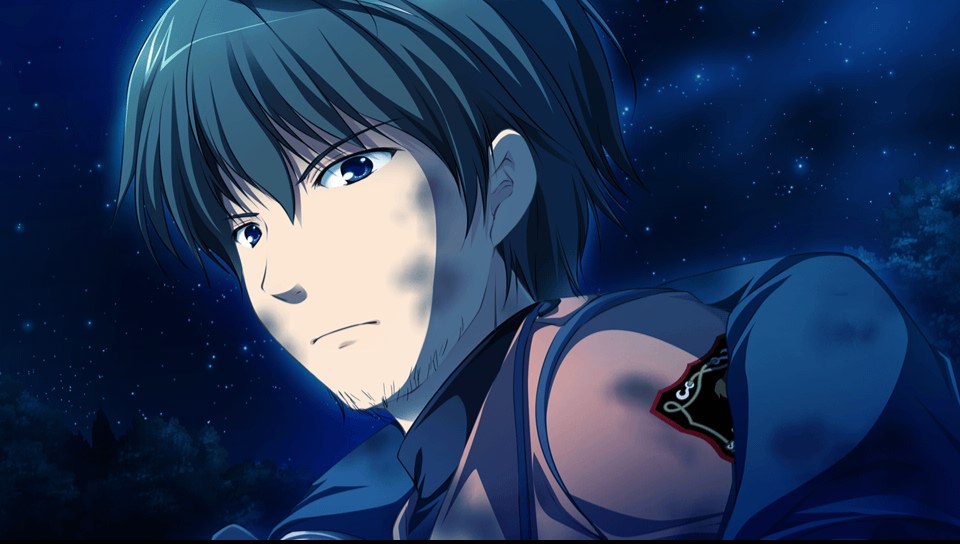 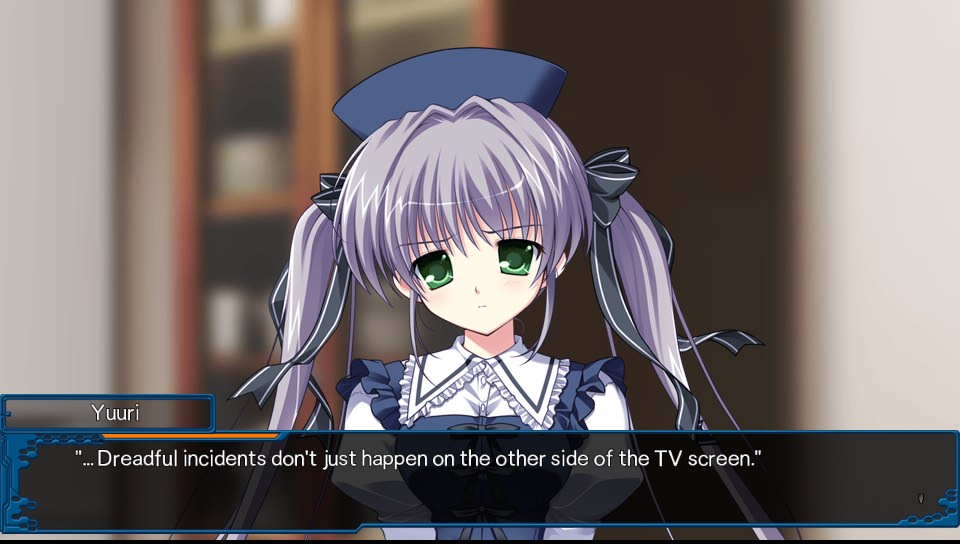 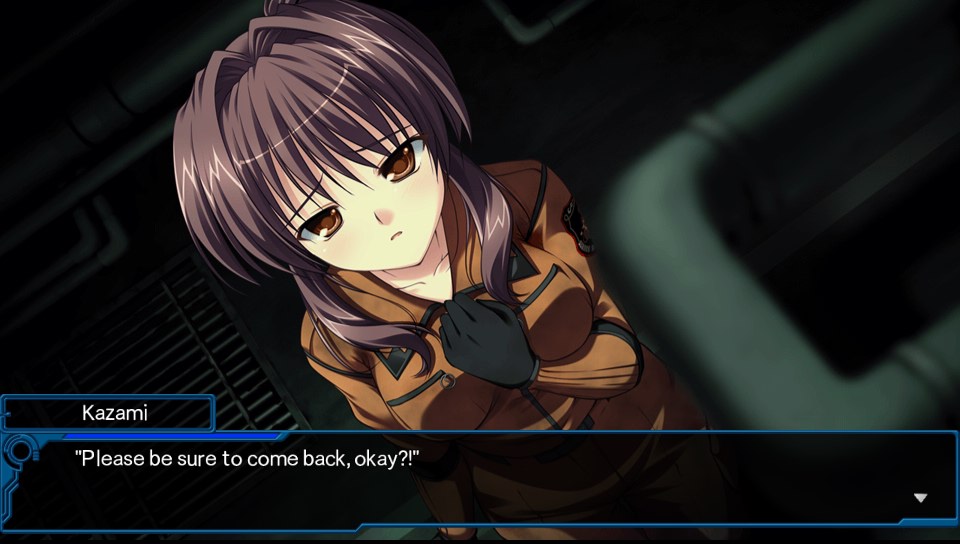 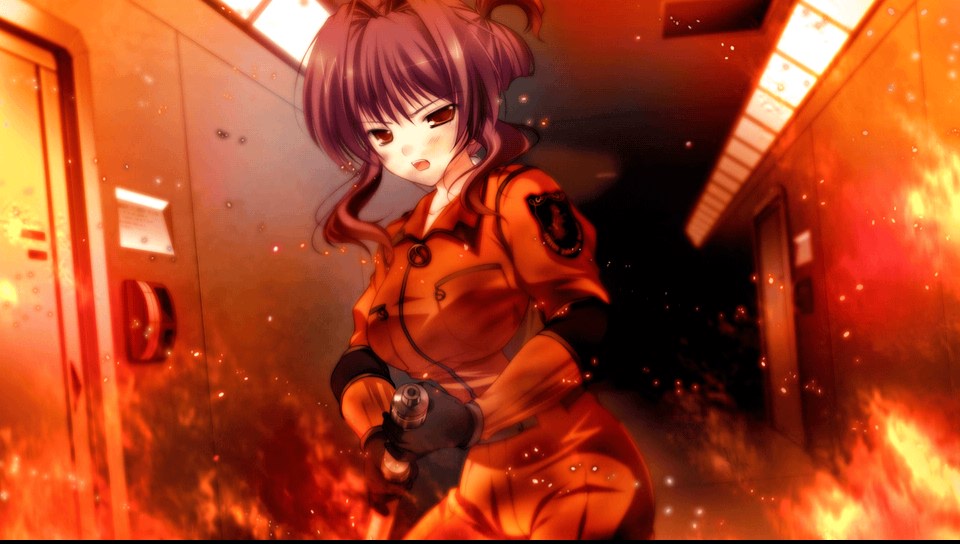 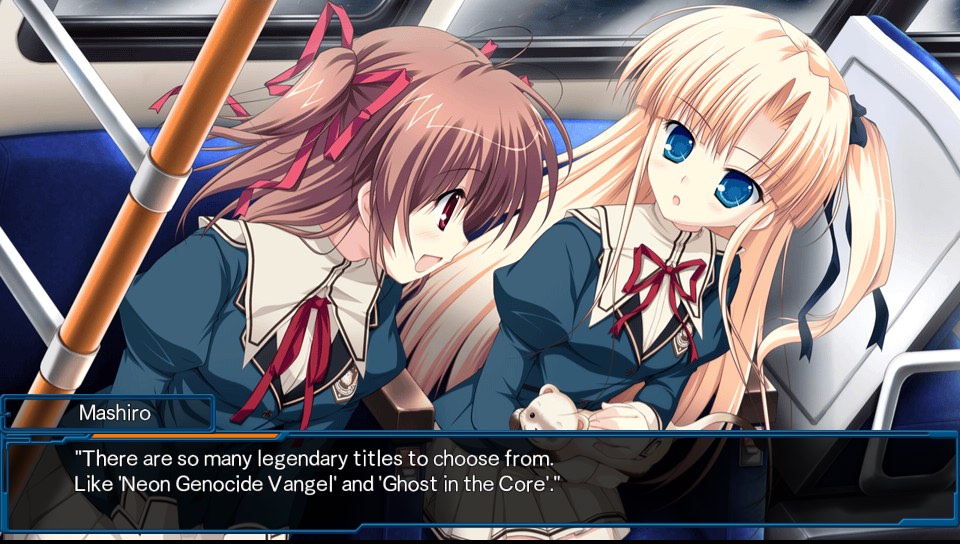 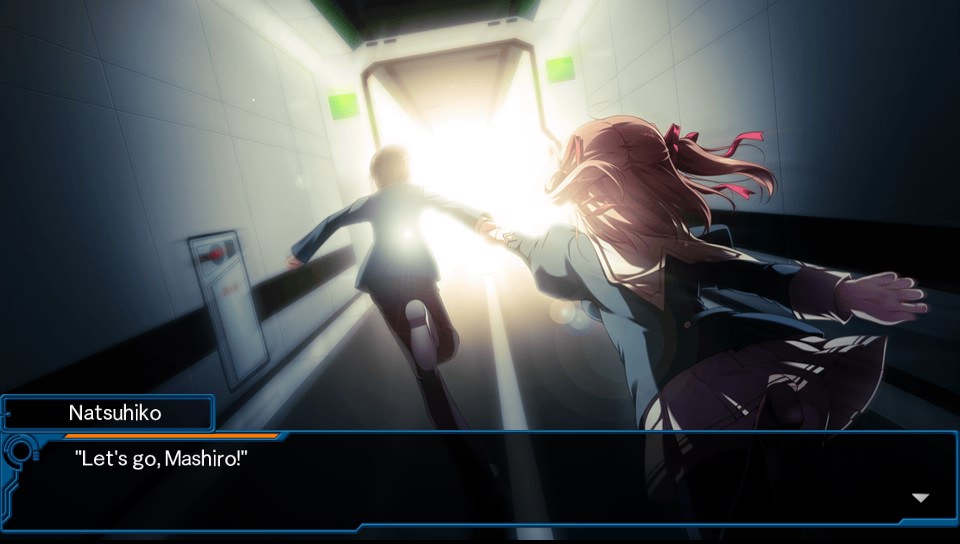 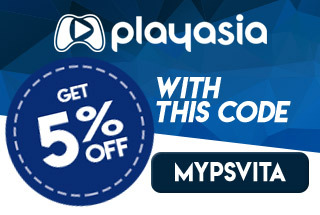