Dreamwalker has been an acutely difficult game for me to review. I don’t tend to play puzzle games in very often, so I’ve been spending a lot of time second guessing myself on whether my perspective was really valuable to those out there who may have more of a proclivity towards the genre. That’s not, however, to say that I was ever confused about whether this was an objectively enjoyable game or whether it was worth the asking price, and at a certain point I had to call it. You may need a chaser after this but here is my review of Dreamwalker.

My thoughts were instantly sent to a phone game, or even maybe an old browser game, the first time I booted it up. The title screen has no indication that it is one and I honestly sat there staring at my Vita for a good few seconds before realizing that I needed to press a button. I know how ridiculous this sounds but I don’t think I should need to be in the habit of randomly mashing buttons during the opening splash screens in order to seamlessly enter the game. After doing a bit of research I found that it was in fact an Android game shortly after its original release on the Nintendo DSi in 2011. This would immediately explain the impressions I originally experienced. 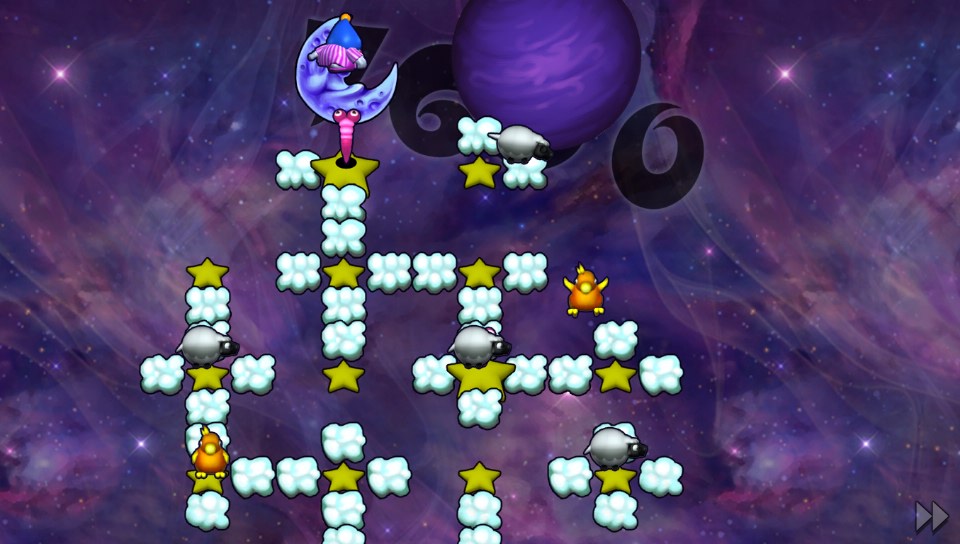 The audio quality is subpar, sounding extremely muffled and tinny most of the time, with some higher quality songs clashing directly with the low bitrate sound effects. This is completely my opinion, but I really don’t like the art style at all. For the primary artwork there is a feel of grimy Claymation, like Wallace & Gromit dunked in a tub of Slime. Within the gameplay itself there are so many things on-screen (with even more of it off) that everything becomes utter chaos. One thing I did like was the existence of an actual manual, including tips on how to accomplish certain tasks and challenges. There are quite a few convoluted games out there that could benefit from having these kinds of helpful write-ups directly in-game. 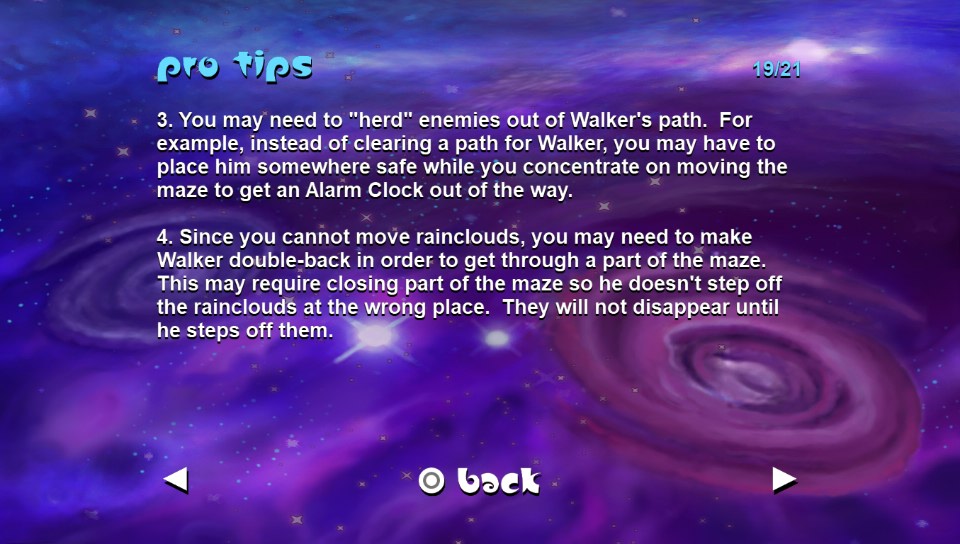 The gameplay, conceptually, is straightforward enough. You have a little dude sporting a sleeping cap that you have to guide from ‘night’ to ‘morning’, or rather from a little moon to a little sun across the screen. Your red-nosed ‘Walker’ can shuffle along a trail of clouds, the direction of which you can change by tapping on the screen. You can use the D-pad, and the game does state it can be played on Playstation TV and in docked mode for the Switch, but the time required to accurately select a tile is much more than the time available as the Walker wanders around. There are numerous obstacles, including rambling alarm clocks, early birds getting the worm, etcetera. Figuratively and literally, the stuff of nightmares. If you get anywhere near these and the myriad other monsters scattered erratically around each level, you will start the stage over again from the very beginning. This isn’t so much of a headache in the very early stages, where they tend to take under a minute, even for my unfocused brain. But as I started moving into the ‘later’ stages, where the entire puzzle can’t even fit on the screen, starting over after getting 60% through a guesswork maze grew into grounds for walking away.

Within these stages you can find sheep to collect which, if all are collected, initiates an embarrassingly frantic tapping game of trying to collect a downpour of items falling from the sky. In another situation you can come across a disturbing cow plopped in the middle of your path, after which you are abducted by aliens and taken to a bonus stage where you try and save as many cows as possible during the time allotted, all while avoiding the stalking aliens on platforms that seem to move of their own accord. Twice the game crashed on me about halfway through the same bonus stage. The first time I had to set the game down for a little while. The second occurred when I finally worked up the energy to turn the game on again. As I said, this has been a struggle.

I felt a complete lack of control while playing that sucked out all the possible enjoyment that could have come from strategizing. A large portion of each stage is located off-screen, though you do have the ability to scroll down to see where the end is. But with the camera still technically locked onto the Walker and my unfortunately temperamental analog stick, it was difficult to ever get a good idea of where to go, let alone build any sort of plan. I found myself just tapping on the platforms until I started going in the direction that looked viable. Whenever I would run into and obstacle I would start tapping to move in the other direction until I got to a section that seemed to generate a different path. There was no planning, no strategizing, and only the most minimal amount of thought put into my movement. Other puzzle games have been able to hook me with periodic positive feedback, such as the Witness and the opening of pathways, or with great humor, like with Portal. I can even get down with a little Tetris now and then due to the amazing music and addictive gameplay loop. At least you can be successful with each drop until the moment that you aren’t. But in Dreamwalker I have none of this. Any mistake in a stage is an instant reset. The music is wholly unenjoyable and I daresay sleep-inducing (thematically consistent at least?). And I’d be hard-pressed to try and find any discernable personality within the dreariness presented to me. The game boasts 50 levels in this release but I could only push myself to complete around 15 of them. This game is not worth the price, whether it be the $4.99 on Switch or the inexplicably lower amount of $2.99 on the Vita. This is a free mobile game from before mobile games had fully become a thing. I wouldn’t have played this as a free browser game back in the day. 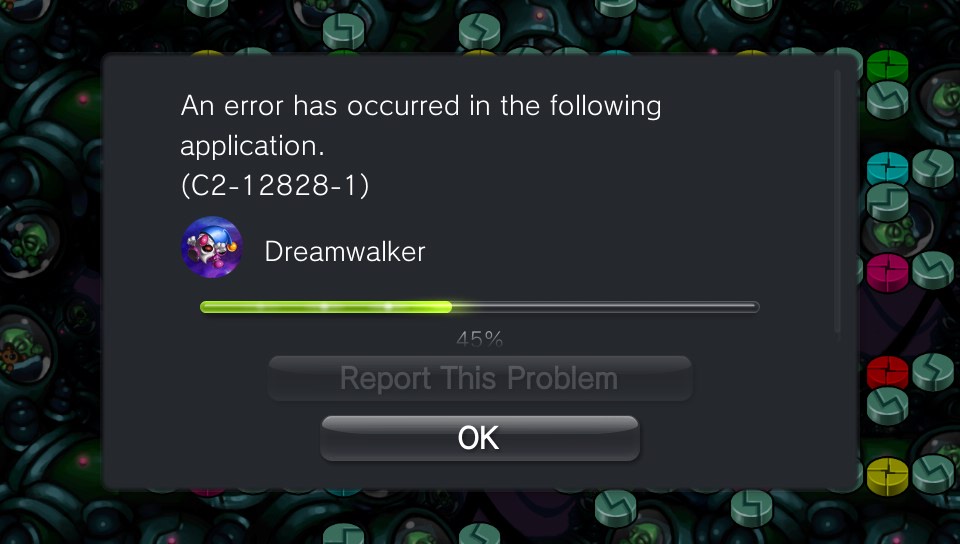 I’m not sure if I’m experiencing a bout of pseudo-PTSD or if the act of writing about this game is truly as frustrating as the game itself. Unfortunately, there isn’t much more that I can say about a game that made me unhappy every time I turned it on. Everything about it feels inconsistent, from the sparse and under designed menus versus the overdesigned cacophony of the game stages, to the lo-fi sound effects against a much higher bitrate musical score, it all came together as a poorly constructed jumble of concepts that perhaps played a little too closely to its nightmare-styled theming. 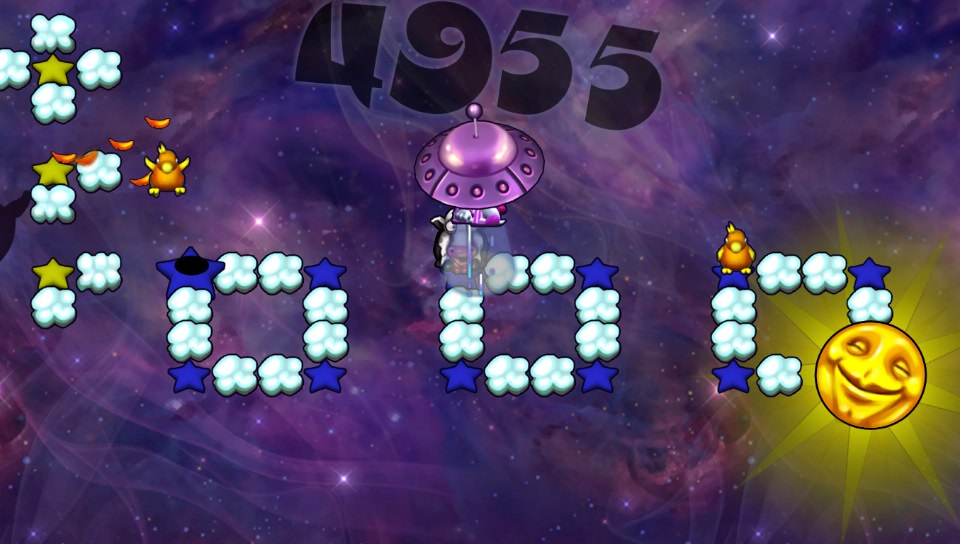