Poles can be found in many walks of life and video games are no exception. Without a doubt, all of you would be able to name at least one excellent Polish game (that isn’t The Witcher) and/or a Polish game for PS Vita. As it turns out, die-hard fans of Japanese aesthetics have infiltrated the ranks of our developers, and they’re aiming to forge their love into a game. If you’re intrigued by a concept of a Japanese RPG made in Poland, then look no further. Meet Pixelated Milk, the studio behind this crazy idea!

MyPSVITA: We are very happy that you agreed to this interview. Before we begin with specific questions, is there anything you would like to say to our readers?
Pixelated Milk: Just that we’re really glad to be able to take part in this interview. We really hope that it’ll allow someone to learn more about our game.

Okay, first things first. How did you guys come up with a name like “Pixelated Milk”? Judging from the in-game screenshots, you’re obviously not into pixel art. And there’s that whole “milk” thing…
Sadly, there’s no exciting story behind it. We simply wanted our studio name to sound moderately original, with an obvious gaming bent included. Hence a carton of pixelated milk.

You’re a new, freshly-minted studio, with Regalia serving as your debut game. How did a project like this come to be? Was it difficult to assemble a team?
Well, like most similiar projects, it was a matter of pursuing our long-cultivated personal hopes and dreams. We’ve been playing around with various game concepts and visuals since 2012 (you can read more about this on our devblog), however, it wasn’t until the end of last year that we settled for a more commited approach. We sat down, looked at each other and said: hell, it’s now or never. So we took a bank loan, hired new team members – and here we are, working to make it happen.

If there’s one thing that your Kickstarter campaign has shown so far, it’s that you guys remain full of optimism regarding your project, a sentiment that we share. However, the competition in the PC market is rather stiff, and some gamers remain wary of indie productions. Aren’t you afraid that those conditions will impact Regalia’s popularity outside Kickstarter?
In case of games like Regalia – small, budget-conscious projects – we think it’s important to find and reach out to that one specific niche. In our case, we went with JRPG games, a genre still considered something of an exotic, uncharted territory when it comes to PCs. Regalia’s warm reception on Kickstarter seems to corroborate our choice. Given our newcomer status, we think it’s safe to consider our campaign a success, especially now, when Kickstarter is dominated by big studios and their nostalgia-fuelled projects. As a plus, we managed to become greenlit on Steam in just 6 days, with virtually no advertising on our side. Long story short, the prospects seem promising, but at this point it’s still guesswork and soothsaying.

Your inspirations include two Japanese game series: Persona and Disgaea, both exceedingly popular among western gamers. Those two franchises have vastly different gameplay, especially when it comes to implementation of combat. Where did the idea to bridge those productions come from, and what exactly did you borrow from each franchise?
We wanted to achieve a mixture of what seemed the most interesting aspects of both. Persona gave us the idea for time management and Social Links, while Disgaea provided the silly humor and turn-based, tactical battles. On top of that, we added our own ideas – town building, diplomacy – and that’s how Regalia came to be.

What‘s your final stance on the topic of dialogues? More specifically, can we expect full voice acting? Additionally, we’d like to inquire about language versions. English is a given, but are you planning to include a Polish version?
Yes, a Polish version will be available. However, we can’t really pinpoint a release date; it’s hard to say whether it’ll be included at launch or become something that will arrive later – a lot is riding on time and money constraints. Nevertheless, you can definitely expect a Polish version.

Regalia’s Kickstarter description promises a multitude of fun features to be discovered by the player. We got especially excited at the mention of Social Links. Games with a comparable mechanic vary on its implementation. Some use it for the purpose of unlocking new skills, others for partaking in romance, and sometimes it even influences the ending. What’s your take on this mechanic?
Regalia offers 12 potential party members and over 10 villager NPCs, with every character possessing its own Link and associated unique bonuses. The exact effects of those Links may vary, ranging from combat benefits to new crafting possibilities and special upgrades for your town.

Not so long ago you mentioned having listened to player feedback, which eventually resulted in the addition of battlefield objects and obstacles. Could you elaborate how and what exactly is going to influence your in-game battles?
We’re currently implementing map layouts that are meant to be more varied than the dull old square. Moreover, you can expect the aforementioned objects and obstacles (which block the line of sight) and abilities dedicated to spontaneous creation of those (walls, traps, etc.).

You have already reached the minimum amount of pledges required to fund your game for PCs – congratulations on that! Before that happened, however, you admitted to having thought on releasing Regalia for PS Vita and PS4 as well. Why’s that? Also, do you think the porting process would be smooth, or would be there some issues?
Well, consoles seem like a next logical step in the overall grand scheme of releasing our game. At its core, Regalia is running on the tried and true Unity engine, a circumstance which should significantly reduce any porting woes. We wouldn’t dare to label it a “smooth” process, though, as without a doubt there will be some major obstacles involved. One thing is certain, however – we will see it through.

Going by your estimates, around 60.000$ would be required to publish Regalia on PSV and PS4. Now, humor us for a second: let’s say everything goes according to the plan, your game ships and can be played on consoles. Given that, what factor would encourage you to publish yet another game on Vita? Are we talking along the lines of a huge commercial success, or perhaps it wouldn’t matter all that much?
To be honest, it’s a difficult question, one connected to a much broader problem than the whole porting-to-Vita issue. In a way, Regalia is an experiment meant to gauge whether we can establish a stable, long-term game game development presence. In other words, we would say it’s all dependent on the game’s sales, on rather, on whether the resulting profits would enable to us to develop another game. A “huge commercial success” is, we think, purely in the realm of dreams.

So, can we safely assume that Persona 4 Golden and Disgaea 3/4 have been played through on Vita by your team members? How many of you possess a Vita, and what is your stance on its future?
Personally, I (Bartosz) am a huge fan of Vita, and I’ve had one since the the very release day in Poland. To me, it’s a natural successor to PSP, another gaming platform I used to love dearly. Why, back in the day, I even imported the initial model (PSP-1000) from Japan. I consider Vita to be a great piece of hardware. Sadly, however, I’m afraid it’s been left to slowly wither and die. I wouldn’t expect a huge spike in popularity; nevertheless, I still consider it an excellent platform for games like Regalia.

In the world of PC gaming, consumers have long since become accustomed to the concept digital distribution. For console enthusiasts, it’s a slightly different matter. Assuming that Regalia indeed gets released on both PSV and PS4, would you consider releasing physical copies, or are you aiming to keep it purely digital? Alternatively, are there any plans to include a physical version of the console port as one of the Kickstarter tier rewards? Time after time such additions were shown to have an impact on pledges.
There’s a world of difference between a physical copy of a PC game and a console game, especially considering their respective costs of production. With our modest budgest, it would simply be too risky to attempt a physical release for consoles. As such, we’ll keeping it digital.

We all are aware of the problem of ill-conceived DLC and its capability to effortlessly destroy any semblance of balance in a game, thus killing the fun factor. On the other hand, some of the (usually) paid content additions were able to improve the game in interesting ways. What is your stance on DLC, and should we expect any for Regalia?
It’s way too early to think about DLC. Admittedly, though, we aren’t very fond of the wildly popular Day-1 extra content or similar shenanigans. Perhaps we’ll dust off the topic after the game’s launch.

One last question, this time unrelated to games. Since you launched the campaign on Kickstarter, do you find yourselves unable to sleep at night, constantly and nervously checking your pledges? Or are you unconcerned about the whole process, leaving its outcome to luck?
Our Kickstarter has definitely been the most stressful ordeal in our professional lives. Hell, the campaign itself took two months of meticulous planning and an equal measure in money. It may look like fun and games, but it’s not, we swear.

Thank you for your time and fingers crossed for a version for Sony’s platforms! We also hope that SCEE will turn out as helpful as possible when the time comes!
Thank you, too! 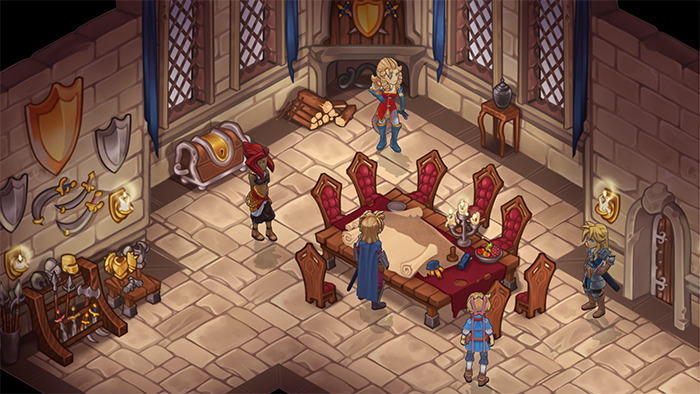 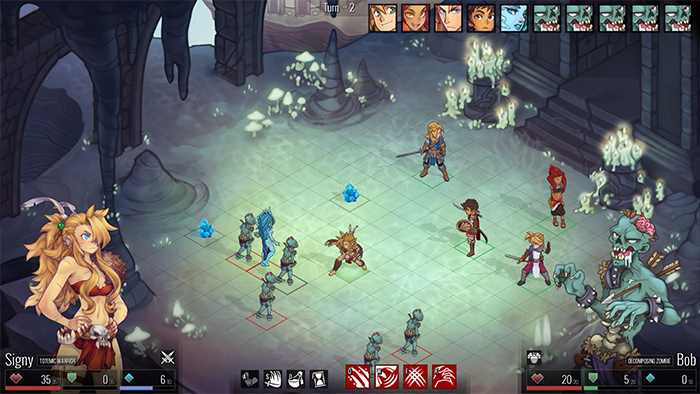 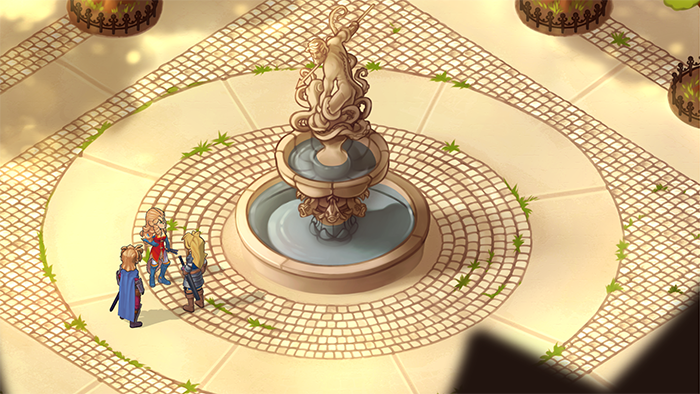 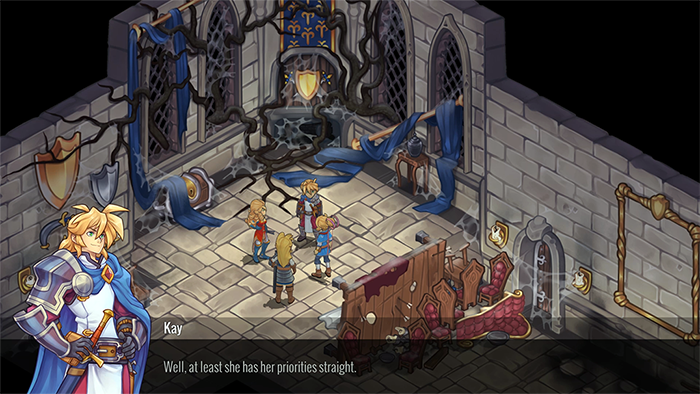 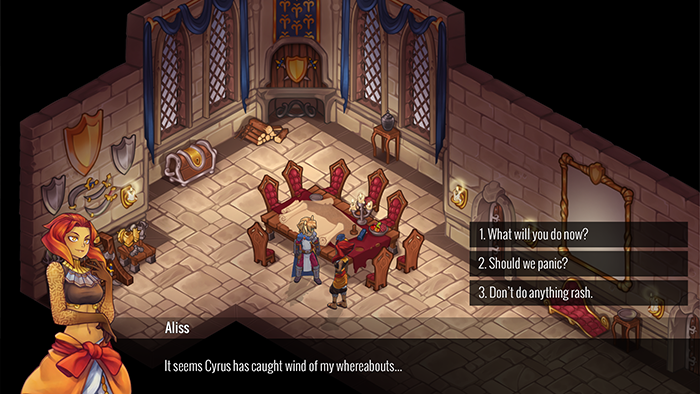 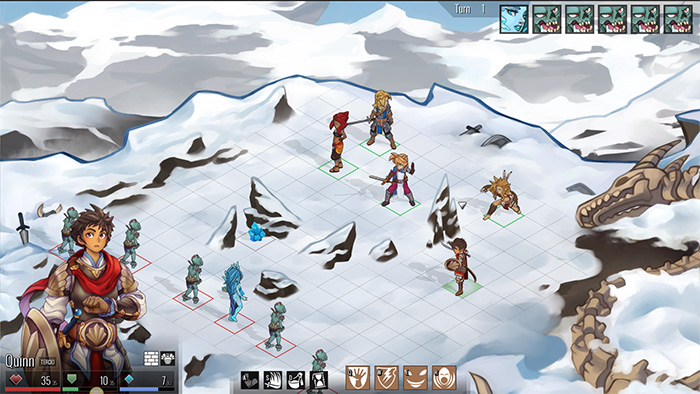