I really thought I was going into a full-blown harem game. Not that I’ve played one before, but I’ve watched enough anime to have built a concept in my head of a pervy foreigner falling into every possible creeper trope. That’s not to say that there aren’t any of these moments, but the ones that do occur are so heavily coated in sugary innocence that I found it difficult to be upset, let alone feel the light disgust that I had expected. In fact, I almost feel like there may be a higher ratio of legitimately sweet moments in Tokyo School Life than in most of my otome.

This game is so god damn cute! The main character is immediately presented as the ultimate weeaboo. He taught himself to speak and understand Japanese through watching anime, with a little help from a local friend whom he, of course, refers to as ‘senpai’. This may be one of the more accurate uses of that word for any otaku. I’m reminded of the time a game store clerk stated quite matter-of-factly that, “You can’t learn Japanese from anime and games.” Well tell that to our protagonist! He has been awarded two months at his academy’s sister school in Japan after achieving the highest grades in his class. Talk about the dream!

One thing I want to immediately praise this game on is how it handles little cultural differences. The game opens with a notice regarding how Japanese name are ordered (last-first) to help avoid confusion in the story. I love this! First, I love that they take the opportunity to teach something. And second, I love that they have enough faith in their audience to keep things like this culturally consistent.

I absolutely adore how the concept of the game is then reflected in the actual gameplay. There is a very interesting function to run text simultaneously in different languages. You can select your main text, which appears at the bottom of the screen, and then a secondary text that runs in the top left corner. The options are English, katakana, kanji and romaji. When I first saw this, I was flabbergasted. And I assumed that there was no way that the intent was what I thought. But I found that this feature is even mentioned in the game’s blurb, specifically as a mechanic to help one learn or practice Japanese, or I guess even potentially the other way around. I can’t speak to how functional it is and I turned it off early on, partially because I am easily distracted and running two texts is the perfect way to get me all off track. Nonetheless, I am thoroughly impressed that a feature like this even exists! I know that my watching anime and playing countless visual novels has taught me to understand a very small amount of Japanese and the concept of trying to assist that in-game is honestly one of the coolest things I’ve seen. Far from the more common erasure of culture from Japanese media, Tokyo School Life embraces it and willingly shares all it has to offer. 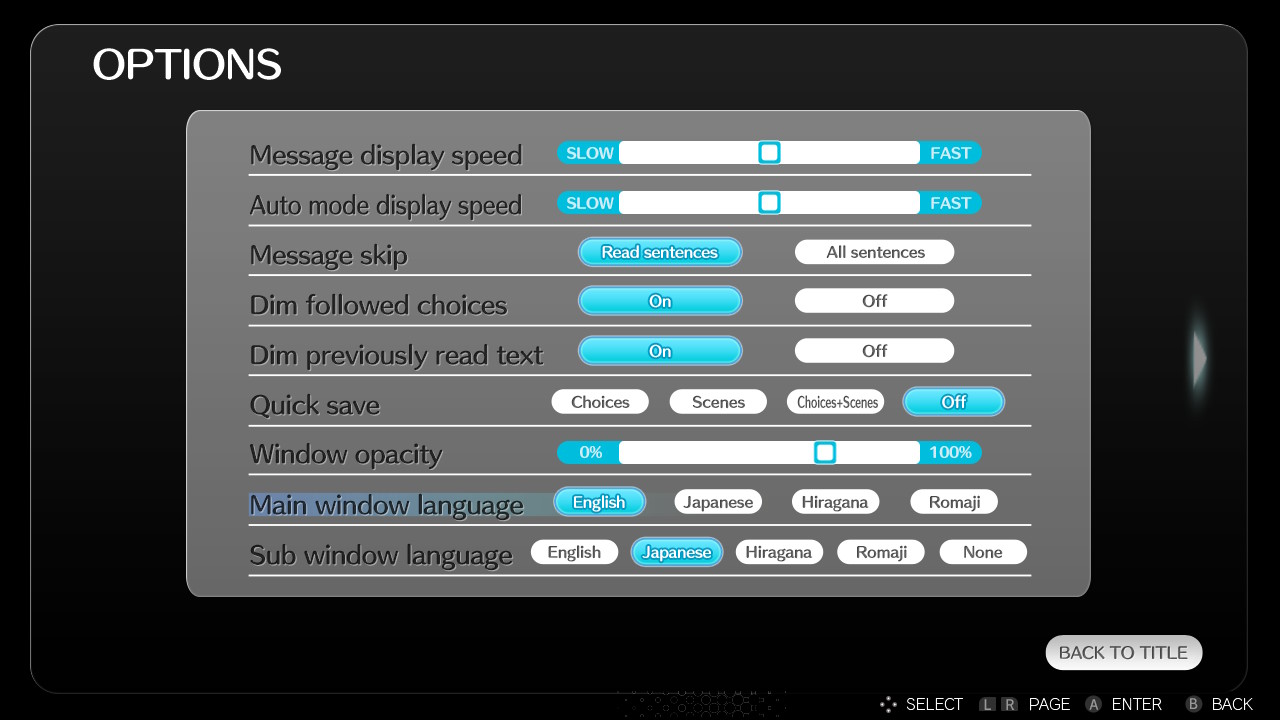 The three girls of the story are all unique and interesting while at the same time still adhering to the expected stereotypes. First is Karin, whom you physically run into while on your way to your first day of school. She immediately presents herself as what we otaku like to refer to as ‘tsundere’. She is this to a t. Within moments of ‘meeting’ Karin you have been accused of assault, being a pervert and threatened with the police. She is clearly going to be a handful.

Second is Aoi, the lovable sporty type with a surprising intensity. She wears her emotions a bit more openly and has a tendency of forgetting herself to the needs of those around her. Aoi’s story was one of my favorites, simply because it was provided so slowly and never failed to surprise me.

The third is Sakura, your very quiet but deeply passionate fellow otaku. She suffers a physical ailment that makes it difficult for her to participate in activities with others and so has found herself resorting to anime and manga to keep her company.

The graphics in this game are phenomenal, particularly in handheld mode. The characters are often fully animated when talking and occasionally even move around slightly, such as Sakura nodding off during morning conversations. This added a level of attachment that I wouldn’t have expected and I honestly feel like I may be a little bit spoiled now when going into any future visual novels. The movement is so fluid and was able to portray a variety of personality ticks that wouldn’t be possible with static animations. The music is fairly standard, with a small variety of songs used to convey specific tones. I did find that there were a few moments when the music didn’t quite fit, mostly based on prior situations it had been used in. But overall, I’d say the soundtrack did its job. There were almost no technical hiccups, whether that be freezing or translation errors. I can only recall a single situation at the very end of the game when an option menu suddenly had garbled text. But all in all, this game was very solid in its presentation and performance.

The story isn’t one to blow you away and it sticks to the expected in most large developments. Where this game shines is in the small moments, in the tiny deviations from the initial trope. TSL does a good job of making almost every interaction feel sincere, despite each companion being so different. I’ve often struggled with other romance games when playing multiple routes, as they end up feeling like you’re continuously playing a snowballing contradiction. While the stories obviously aren’t written as actually consecutive, it is hard to completely separate yourself as the player. But TSL doesn’t suffer from this nearly as much. Perhaps it is due simply to the smaller circle of friends, or maybe the protagonist is perfectly undefined and the love interests never too hardline on the trope. Whatever it is, the game hits a sweet spot that makes all playthroughs equally enjoyable, though I will say that playing Karin first would be a good idea. I found her storyline to be slightly less impactful after finishing Aoi and Sakura, but it still wasn’t completely destroyed. My husband would probably say that this is because she’s textbook tsundere and that I always hate characters that remind me of myself. And to that I’d say that he’d better shut up for his own safety. 😊 I’d also say that I don’t think that’s the case here. If anything, her borderline-violent love of cats was disturbingly relatable and one of things I loved most about Karin. I actually wonder if Karin was naturally the weakest due exactly to how intensely she sticks to a specific stereotype.

I hesitate to say too much about TSL, as it is quite short and there are too many cute moments that wouldn’t certainly lose their flair should they be expounded upon. Scoring this game is a little weird. It’s not necessarily an amazing game, but it without question exceeded my personal expectations and I came out the other side with virtually no negative impressions. I enjoyed my time spent at Domoe Dormitory and wouldn’t have minded spending even a little more. Tokyo School Life really is a feel-good little game. It doesn’t necessarily break conventions but it takes numerous opportunities to subvert expectations. This, along with a lovable cast and an honestly relatable protagonist, help to raise the entire experience up a couple notches. 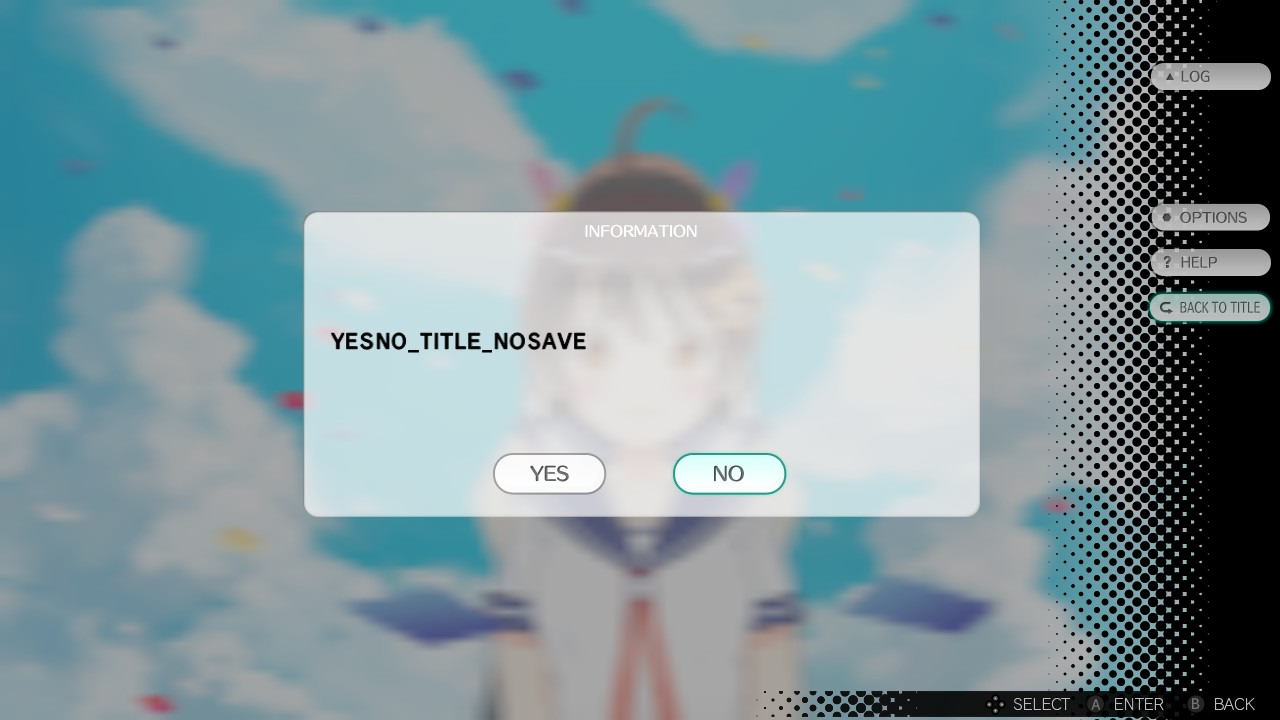 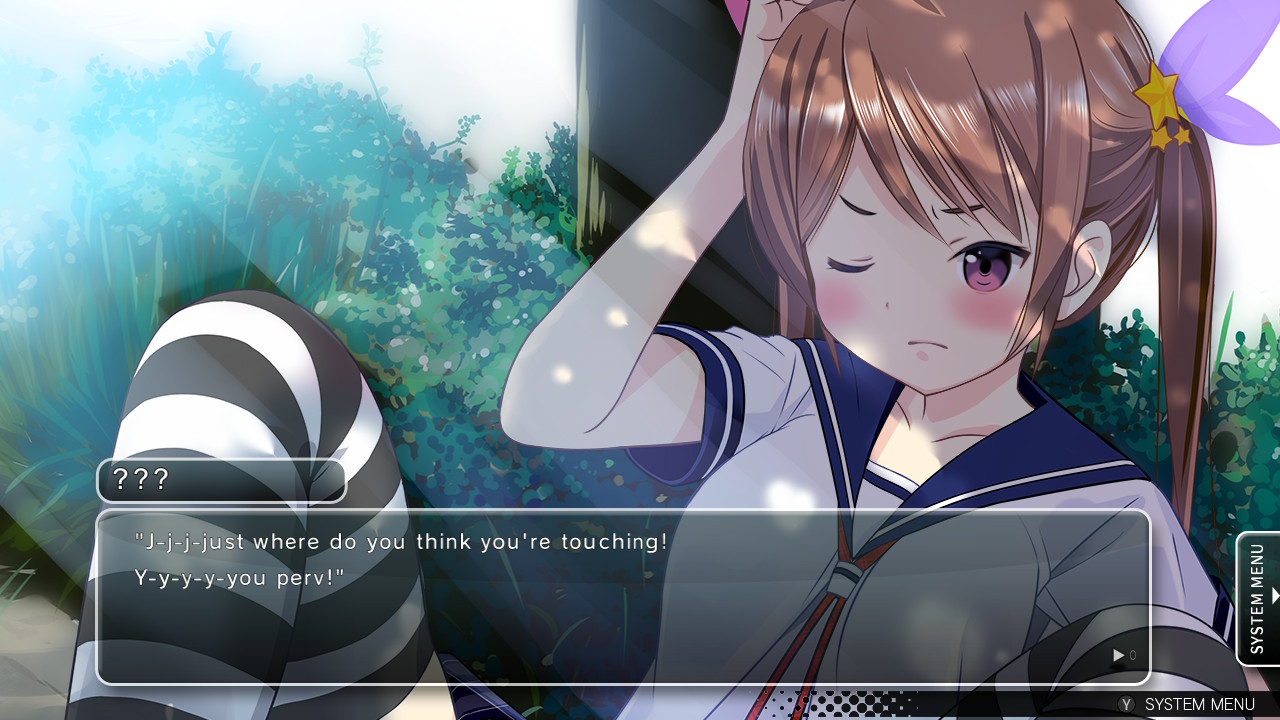 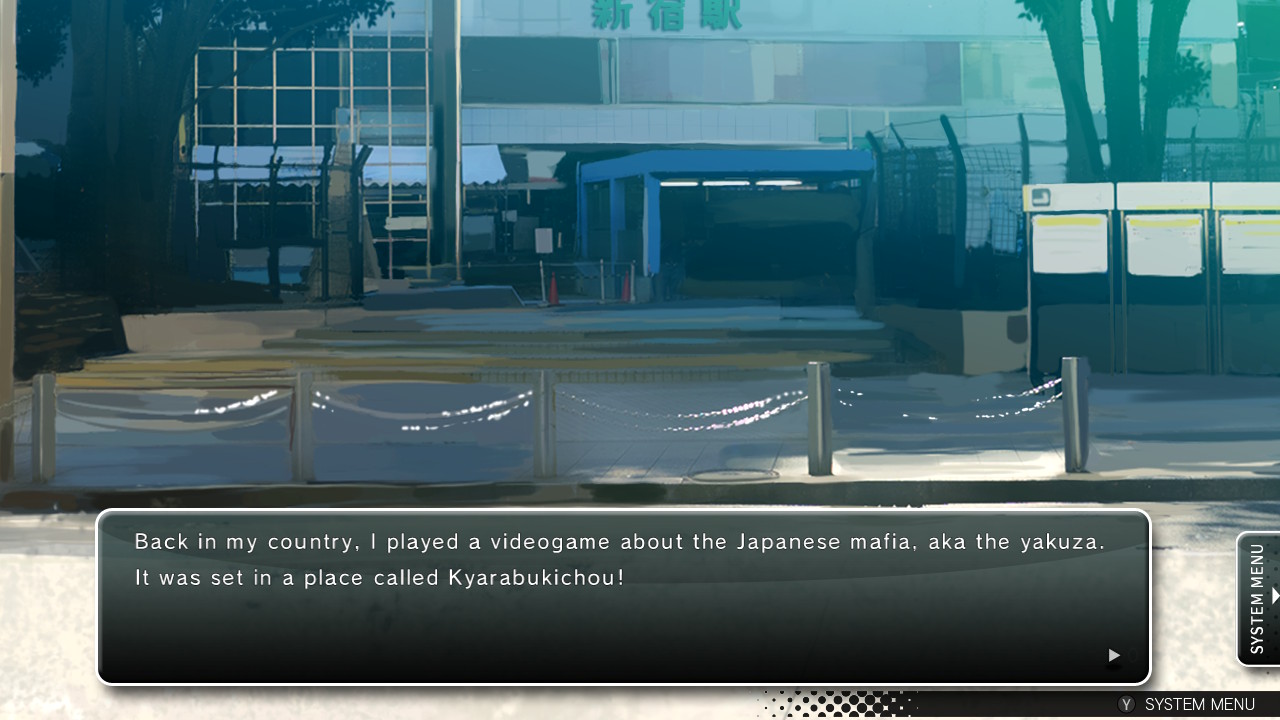