Note that, as I did not finish the game, this is less a review and more like my impressions.

The characters in Code Realize are fun and cute and soaked in tropey-ness. But they are not particularly deep. Intriguing in a casual way, sure, but developed enough to have me aching for any extra moment I can spend with them? Not so much. When I originally played Code Realize: Guardians of Rebirth back in 2015, it was literally my first otome ever and certainly fairly early in my delve into visual novels as a whole. I enjoyed my time with it and the single ending I achieved, and was more than happy to financially support the companies bringing these extremely niche games over to the West for the PS Vita, and physically no less! But 3 years down the line and I’ve played through many higher quality otome and a number of shockingly good visual novels. 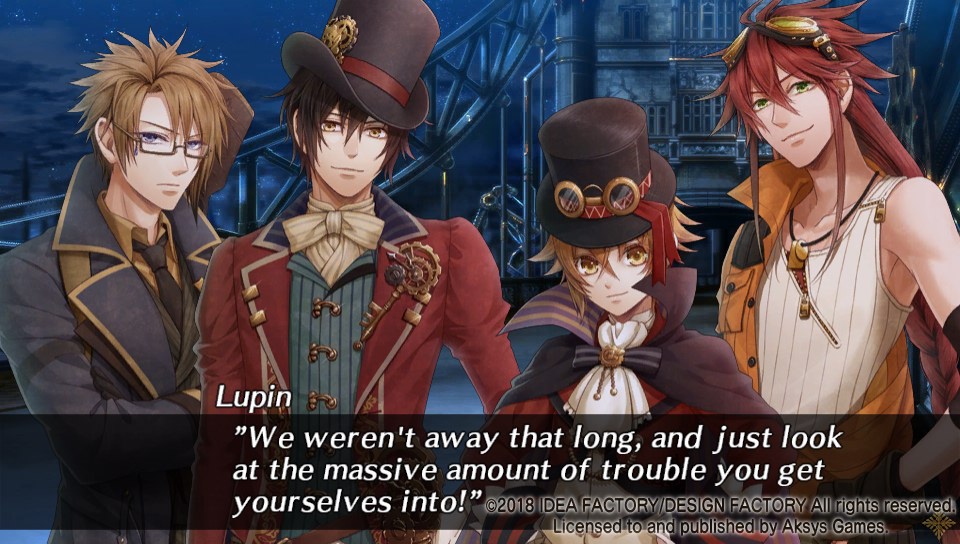 I honestly was not able to find any consistent form of the phrase “fan disc”, so I’ll just refer to it as fandisc because there’s one less keystroke in it than other formats. Anyway, I’d never seen a fandisc, let alone played one before. It seems that we generally don’t see something like this in the West at all, as the original game is always localized so far out from the initial Japanese release that they tend to just wrap any subsequent fandiscs into a ‘complete’ package for the Western release. Due to this, I didn’t really know what I was getting into and was a little taken aback once I finally found out. This isn’t to say that the concept is not extremely straightforward. It is a compilation of what amounts to officially sanctioned fanfic. Think the little extra endings you might get for a character in a VN after completing their true ending. Yeah, those often actually come from what were originally fandiscs in Japan. Unfortunately, while I did technically understand what a fandisc was, I didn’t really contemplate what that would be like to play through. 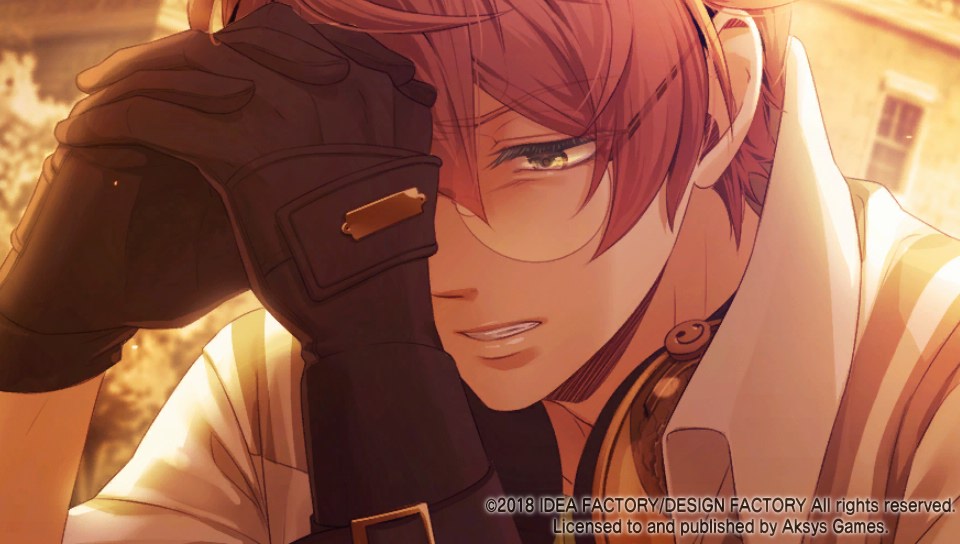 Once I fully understood that I was dealing with a collection of stories, I loaded up my save for Guardians of Rebirth to try and get at least one other ending. Stepping back into the world of Code Realize I was suddenly confronted with the realization that this game was somewhat mediocre. The artwork is still gorgeous and the setting is fun, but I just couldn’t get into the characters’ motivations no matter how hard I tried. The original ending I went for was with Victor and this second time I grabbed Impey, mostly because the guide I was using listed him as the first one to get. My initial intention had been to achieve multiple endings in Guardians of Rebirth so that I could better understand and enjoy Future Blessings. That…did not happen. 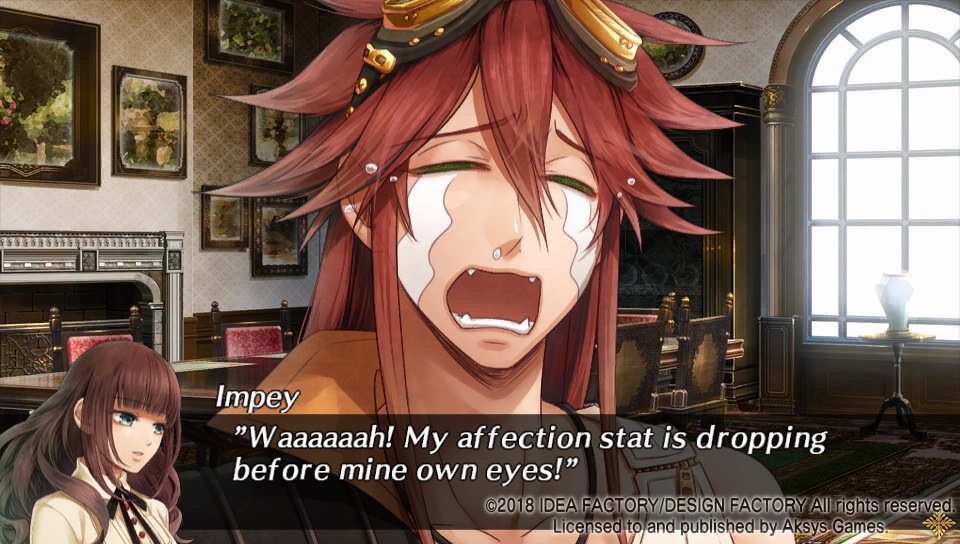 Honestly, I’m not sure where this struggle with Future Blessings came from. The first hurdle was certainly not having a clear direction when turning on the game. I was immediately disheartened when starting a New Game led me directly into another menu, from which I had to choose the episode to ‘play’. I prefer to be led along for a while by a main story before I’m forced to make decisions but this was demanding I choose a storyline with no clear explanation of what that meant. 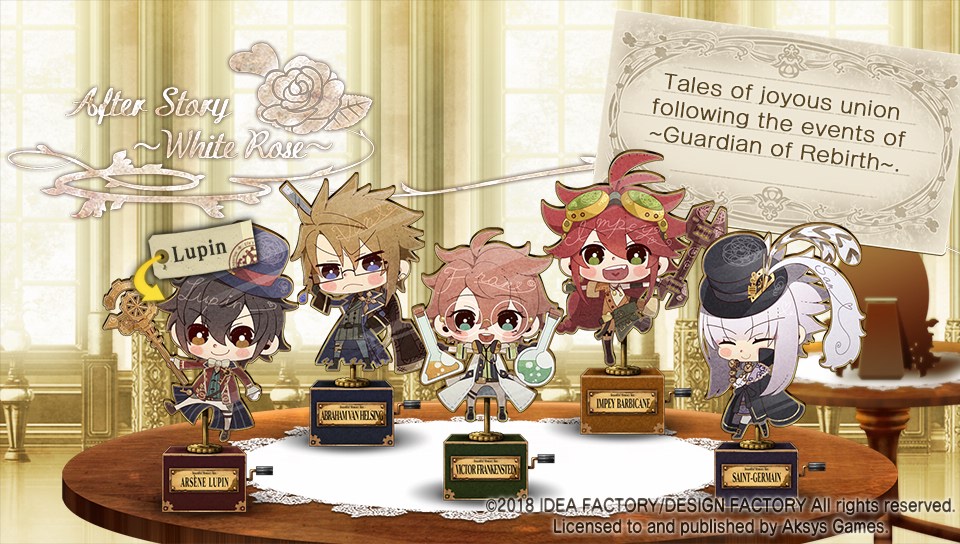 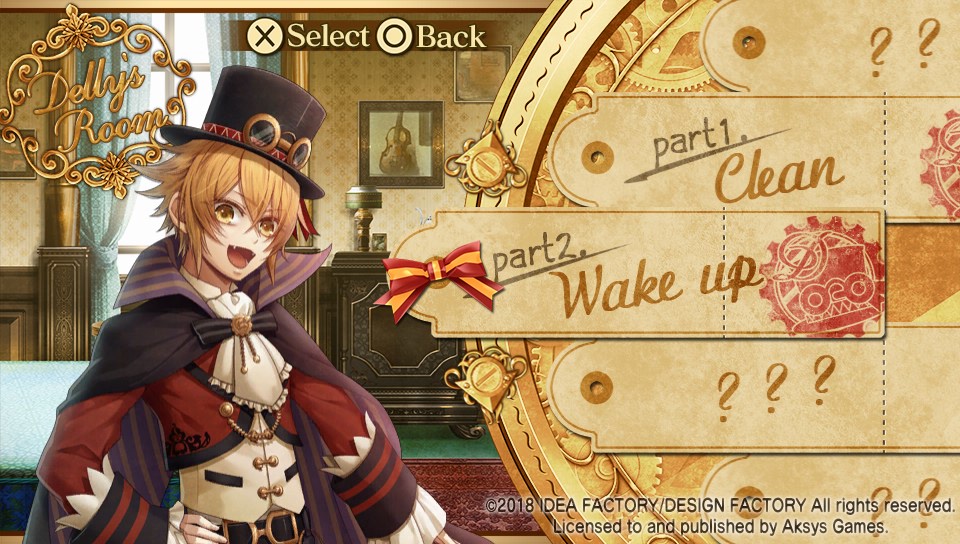 There is one main episode per character within the section called After Story ~White Rose~. I completed the ones for Victor and Impey. There were no choices at all in the episodes I completed and they were quite literally just pushing ‘X’ until I reached credits. From what I can tell based on some guides there are a few choices in some of the other episodes but I can’t speak to that personally. There are 3 other story sections: Extra Story: Herlock Sholmes, Another Story: Lupin’s Gang and Extra Story: Finis. Two of these are ‘a tale that might have been’, according to the short description on the main page, while Lupin’s Gang seems to cover events that may have taken place during the timeline of Guardians of Rebirth but were only hinted at in the main storyline. Then there is a section of extra stories called ‘Delly’s Room’ where you can spend a little extra time with Delacroix II. These small episodes seem to unlock upon completion of the primary character episodes and as such I only got 2. These are certainly cute but only about 2 minutes long at most. While I could have perhaps checked out the Extra stories available, I was already exhausted by the time I came to such a conclusion that I couldn’t muster the desire to push forward. 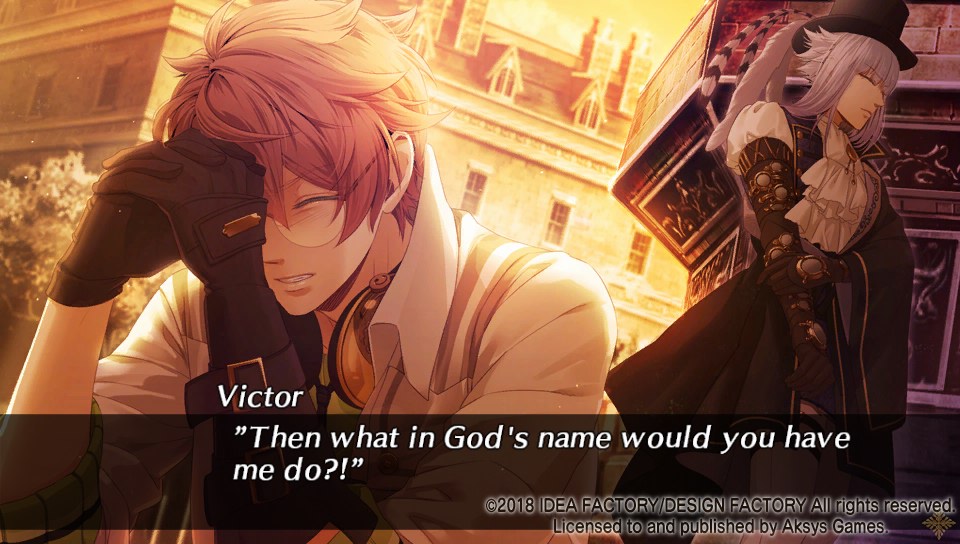 In the end I just don’t think that Code: Realize ~Future Blessings~ is meant for me. It’s heavily predicated on the concept of someone having played ALL of Guardians of Rebirth and loving it and the characters so much that they are desperate for any small amount of extra content. Being someone who only got 2 endings, one when it came out and another recently, I am very much not that person. I never found the characters of Code Realize to have enough to require, or perhaps even deserve, a deeper dive. After hitting ‘X’ through the stories that I did, the tedium of the task wore me down to this point. I can’t necessarily speak for the person who is in fact aching for any possibility of more time with these boys, because that person could very well love every morsel Future Blessings provides. But I can speak for those who want an actual story: Maybe don’t bother. 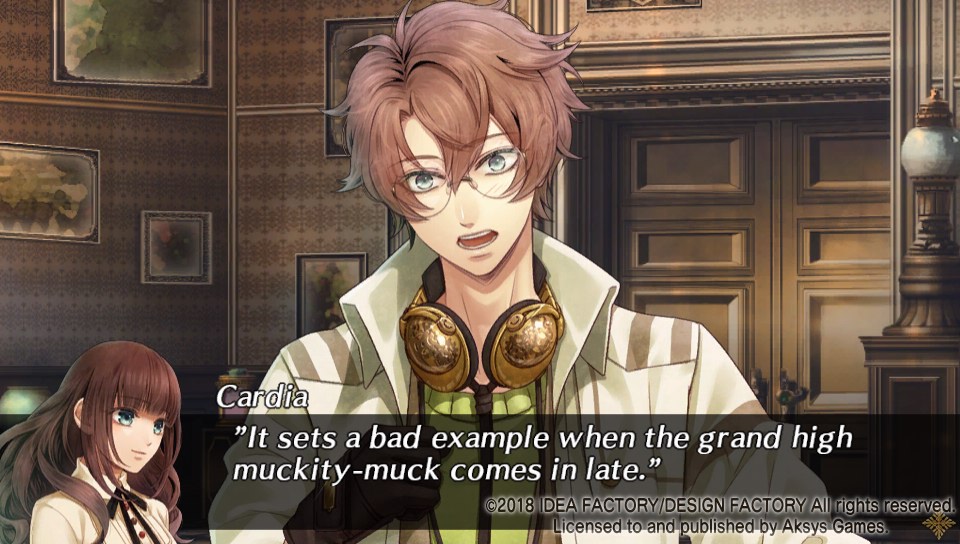 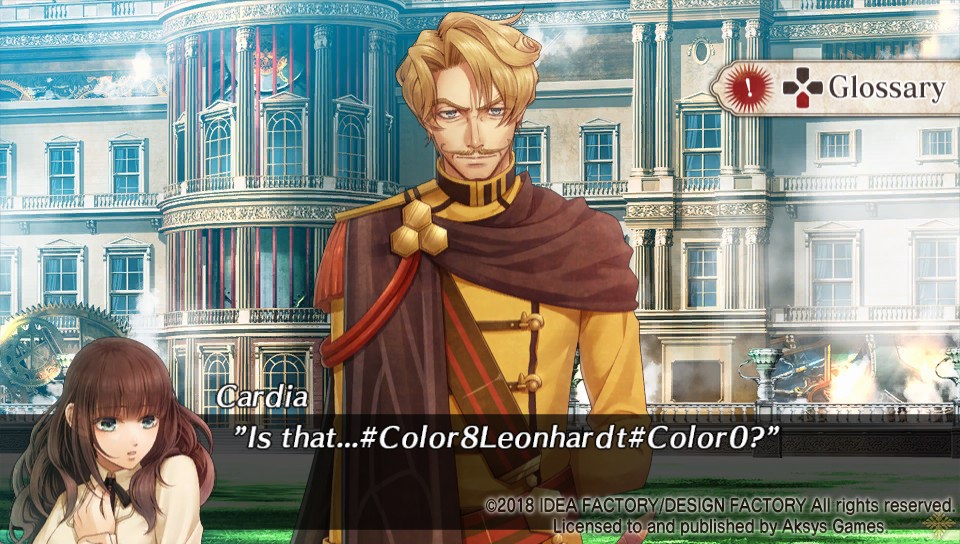 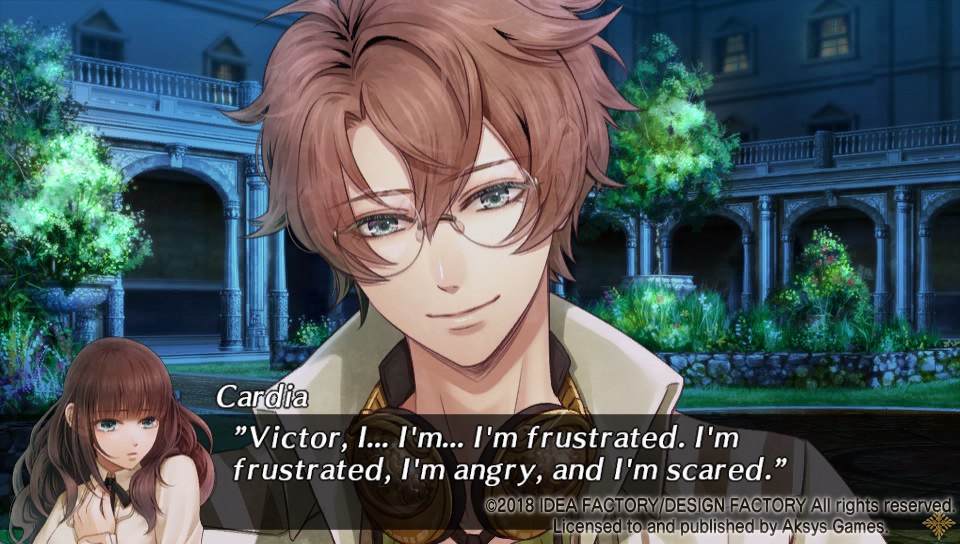 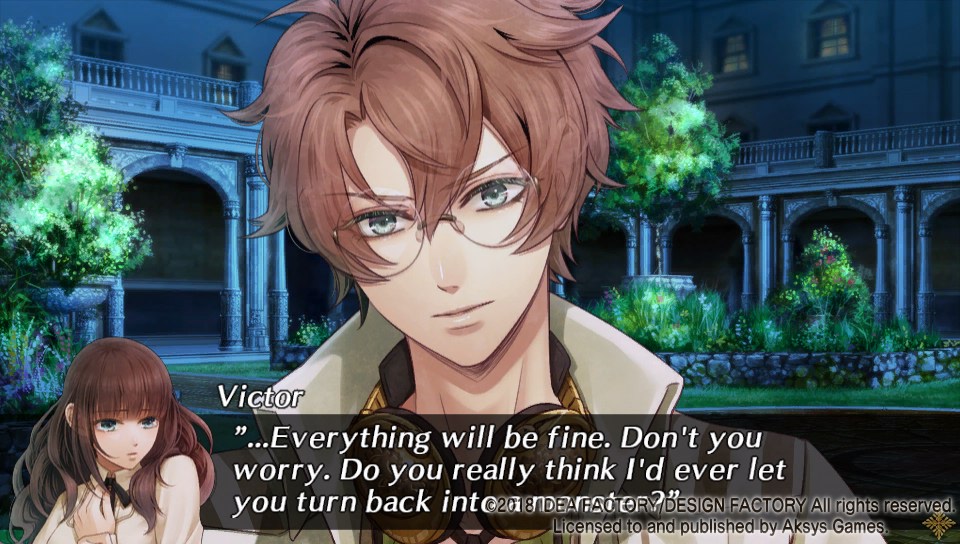 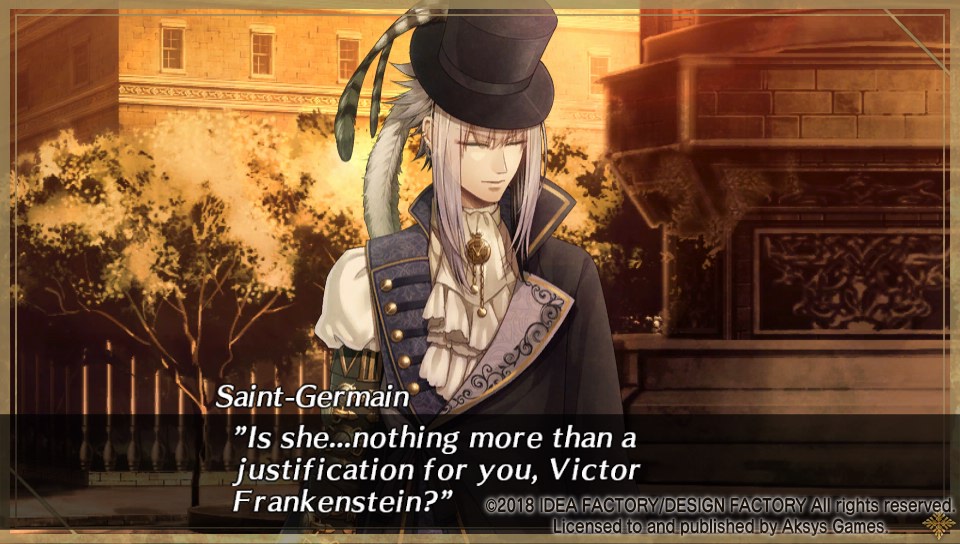 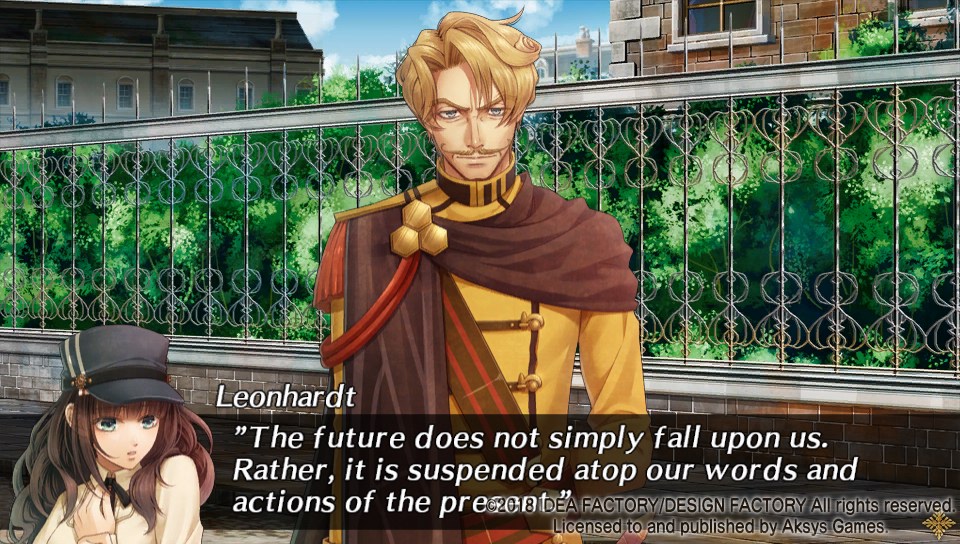 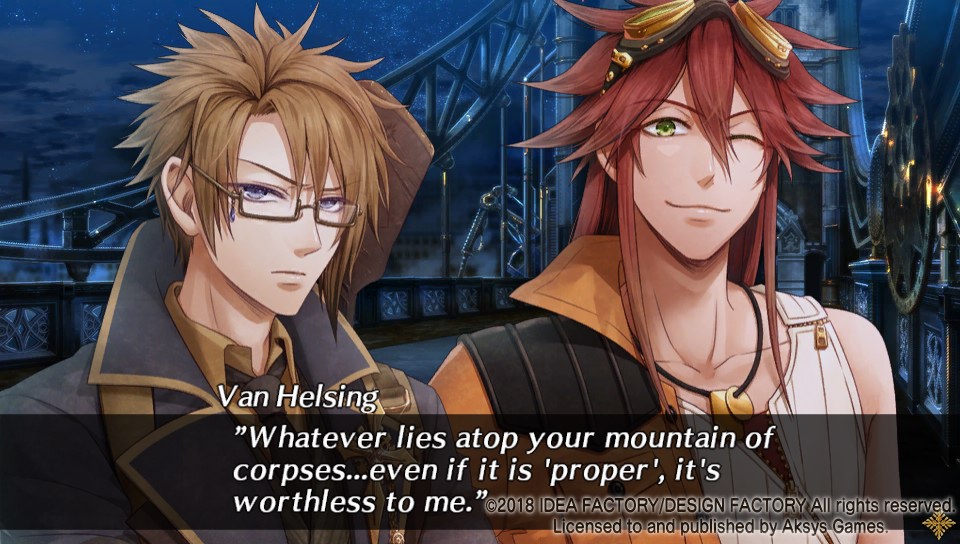 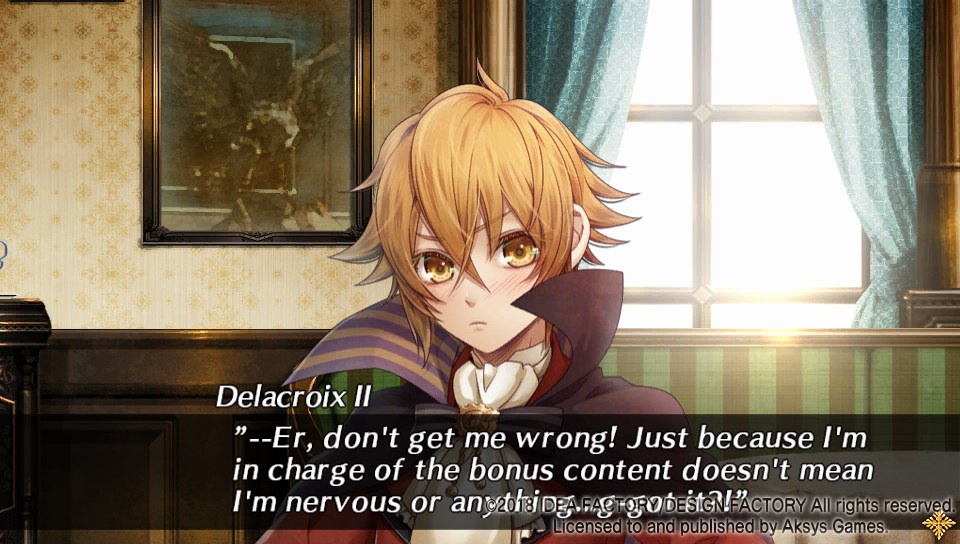 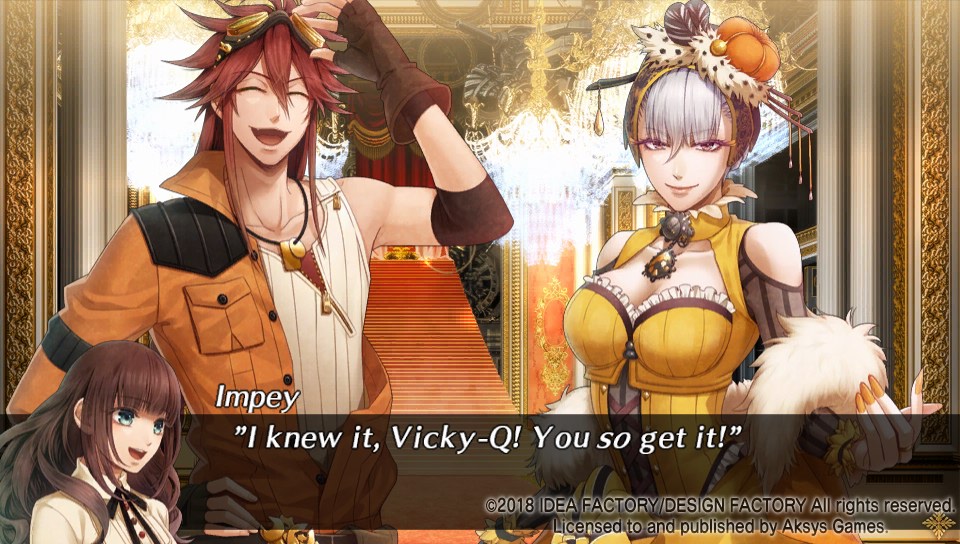 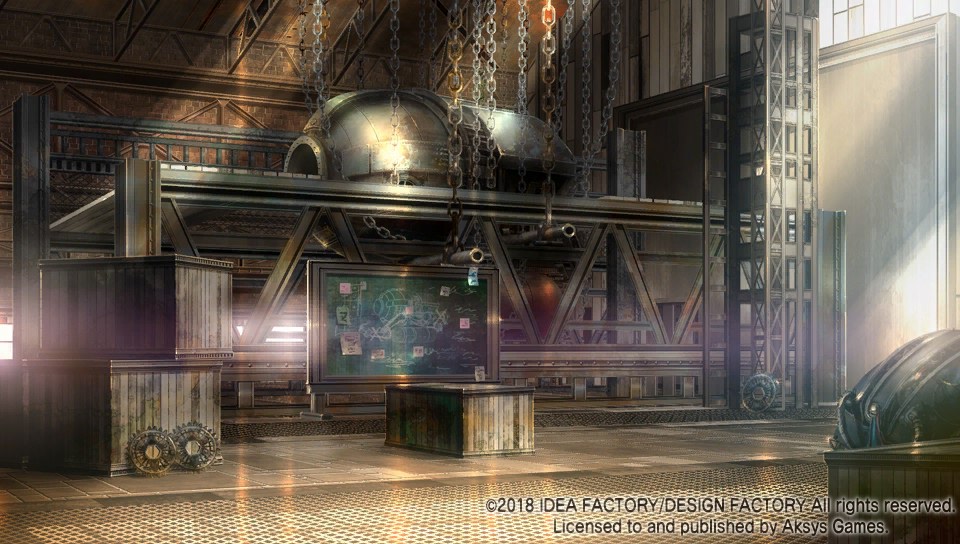 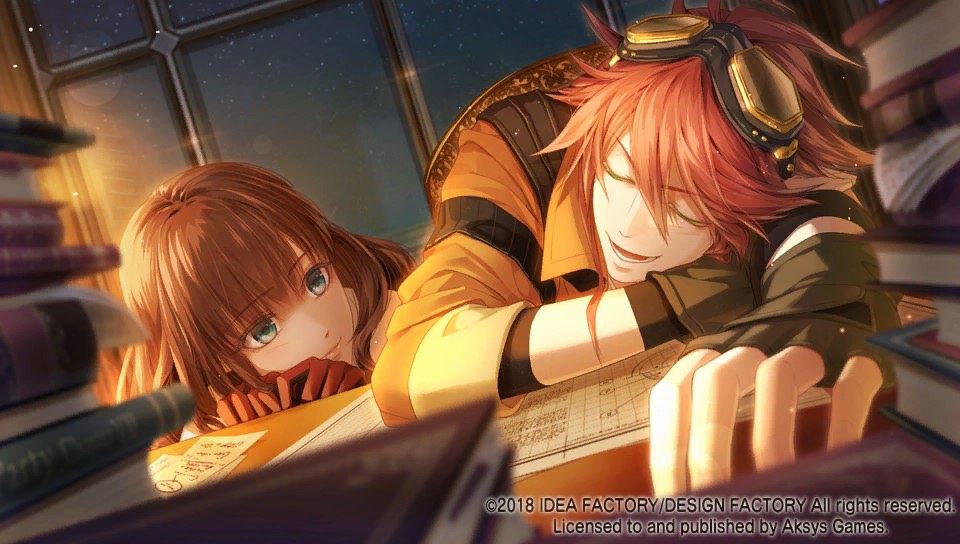 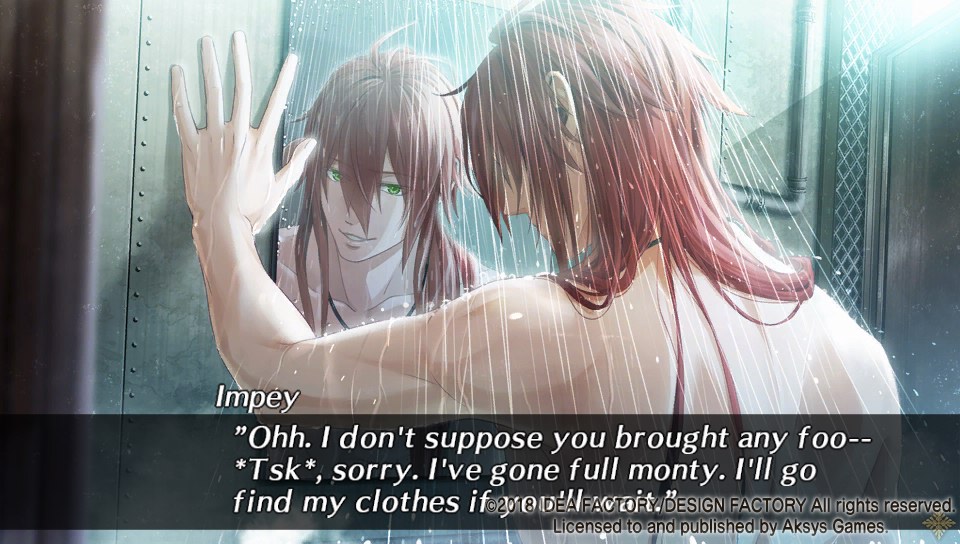 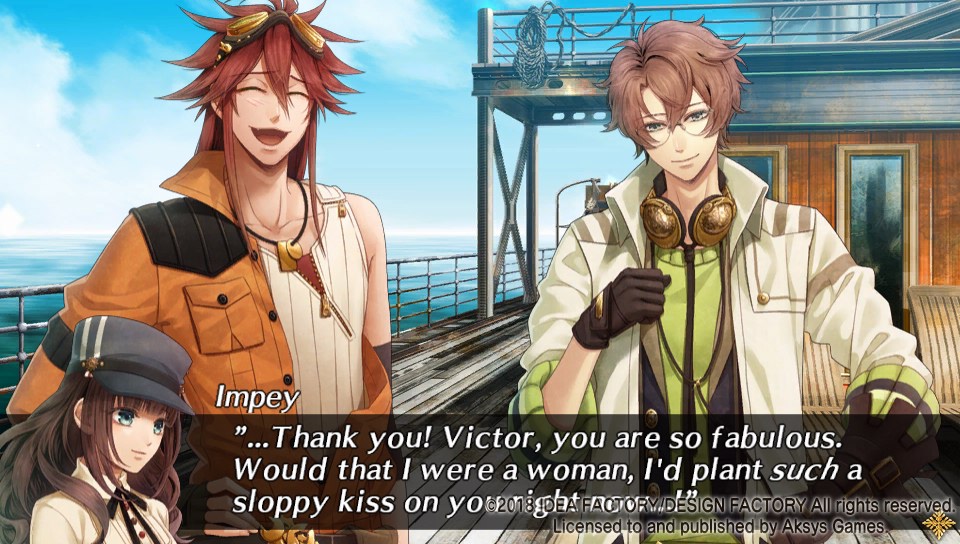 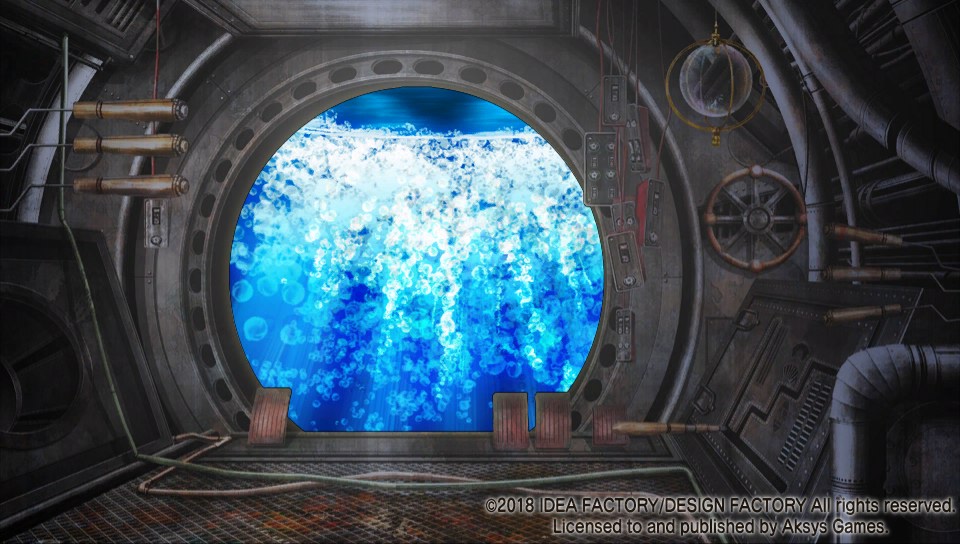 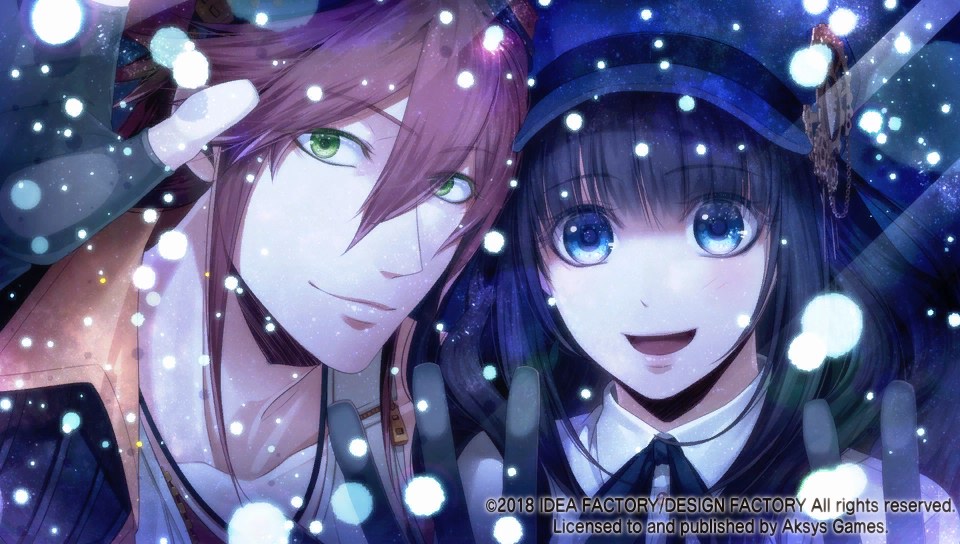 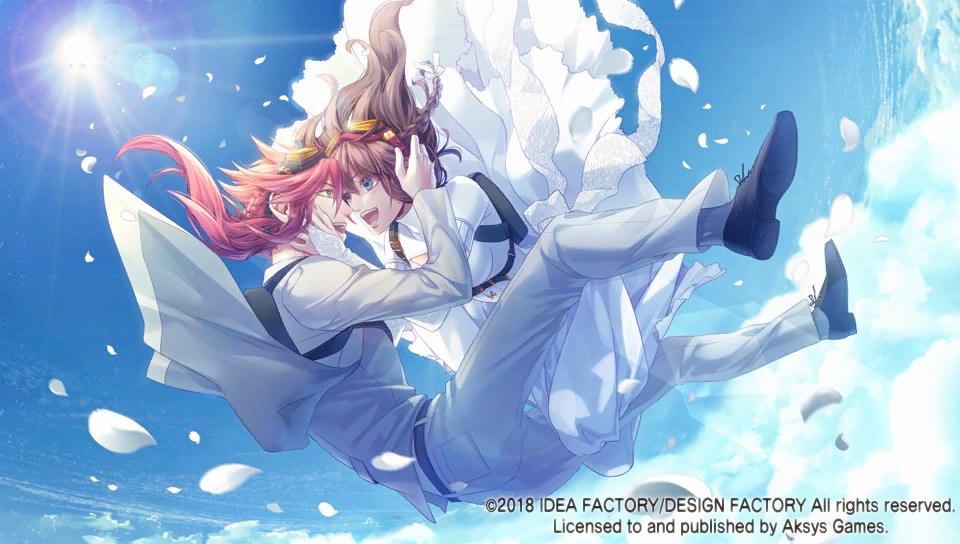 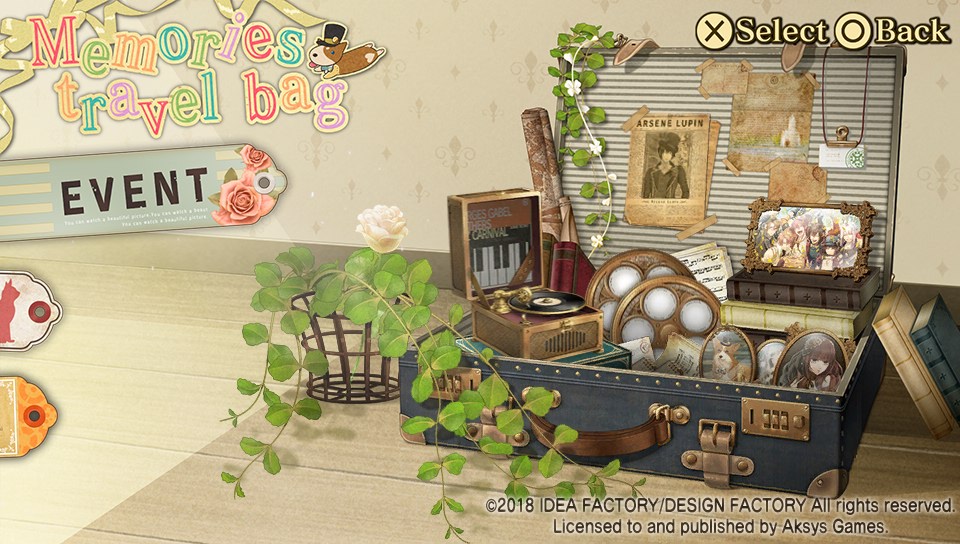 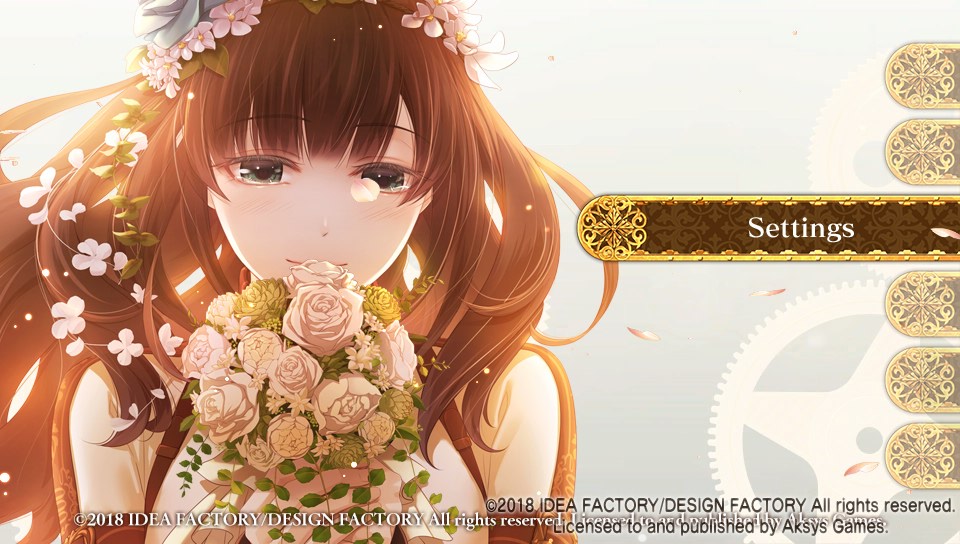